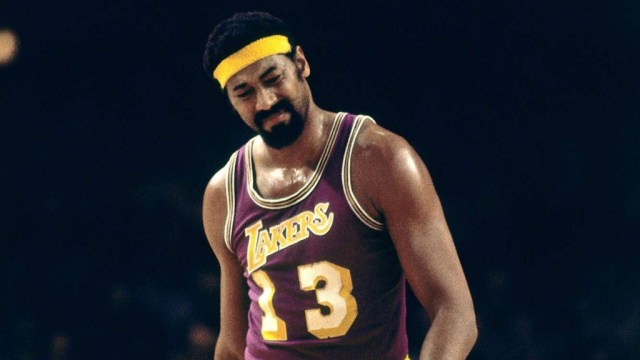 In a 1999 interview, shortly before he died, Chamberlain made the following revealing statement: “Having a thousand different ladies is pretty cool, I’ve learned in my life. I’ve (also) found out that having one woman a thousand different times is more satisfying,” perhaps giving us a clue that some of the ladies might have been on repeat visits after all.

Chamberlain co-owned a nightclub in Harlem, Big Wilt’s Smalls Paradise, where he socialized with entertainers and when a beautiful woman caught his eye he sent an emissary to quietly let her know of his interest serving as fertile hunting ground.

Chamberlain, who never married, wrote that once, when he attended a birthday party in San Francisco with 15 women, “I got all but one before the rising of the sun.” Curiously, he is on record not to have had a child although a man claims him as his father, a product from one-night stand.

Back to the basketball court, he dominated the game as few players in any sport ever have, capable of scoring and rebounding at will, despite the double- and triple-teams and constant fouling tactics that opposing teams used to try to shut him down.

Chamberlain retired as the all-time leader in career points with 31,419, which was later surpassed by Kareem Abdul-Jabbar, Karl Malone and Michael Jordan. He is tops in rebounds with 23,924, led the NBA in scoring seven years in a row while still having the NBA’s highest assist total in 1967-68.

Chamberlain was one of the few players of his day who had the sheer strength to block a dunk.

In 1978, his first year of eligibility, Chamberlain was elected to the Naismith Memorial Basketball Hall of Fame, and in 1996-97 he was selected to the NBA 50th Anniversary All-Time Team.

On Oct. 12, 1999, Chamberlain passed away at the age of 63 due to heart failure at his home, which he named Ursa Major after the constellation containing the stars forming the Big Dipper, his trademark.