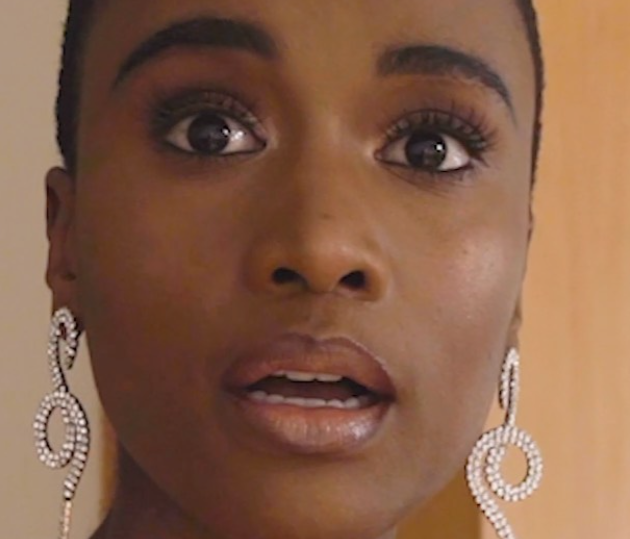 Zozibini Tunzi has been minding her own business and only focusing on addressing societal issues, which have plagued the country over the past few days. Only for her to be dragged into Miss SA Shudufhadzo Musida‘s graduations mess, that she has nothing to do with.

It’s almost as if Zozibini Tunzi is the only Miss SA social media users acknowledge, as far as black Miss SA’s are concerned. Shudu just graduated from University of the Witwatersrand with a BA Honours degree in International Relations. This is her second degree as she had previously secured one from the University of Pretoria and it is a Bachelor of Social Science degree in Philosophy, Politics and Economics.

The educated beaut angered many when she was the ONLY graduate from thousands of graduates, not only from Wits but from other universities who could not have their graduation ceremonies at their graduation halls.

Even though she clarified that it was virtual graduation which then resulted in her wearing her graduation gown and walking the stage, she said she had an interview with the Vice-Chancellor Prof Zeblon Vilakazi.

“After my virtual graduation today, I had an interview opportunity with VC Prof Zeblon Vilakazi and of course I went in my grad attire. This pandemic has led to trying times and uncertainty for everyone. To all students who had to persevere even in the least ideal times… phambili! Congratulations to the class of 2020,” she wrote on IG.

A clip of her strutting across the Wits stage as if it were her own runway, angered social media users who have made her trend for all the wrong reasons. People have been comparing Shudu to former Miss SA and Miss Universe Zozibini saying Zozi would never do such a thing. Especially because the other graduates also want to celebrate their momentous occasion.

“People are upset about this and rightfully so. All graduates put in the work and didn’t even get their names read out during the virtual graduation ceremony, but she gets a special graduation. Yes, she is Miss SA, but she is a student like the rest. This smells of classism,” one user wrote.

“What Wits did was pure discrimination. Now Miss SA is caught up in their mess which is obviously detrimental to her and the Miss SA brand. All students wrote the same exams during a pandemic, under the same conditions & setting, hence they all deserve to be treated equally,” another wrote sympathizing with Shudu who is getting dragged instead of Wits.

Dragging Zozi into the mess, a social media user wrote, “I’m sure Zozi wouldn’t have agreed to do that graduation alone while other students didn’t. Unengqondo uZozi (she has a brain) and always tries not being treated special andimazi yena lona (I don’t know about Shudu),” one wrote.

“If it was Zozi people were still going to complain. You act as if Zozi never received any criticism. We ain’t gullible that we should turn a blind eye to unfair treatment of Students. If something is wrong n unfair we will address it whether we like you or not,” another saying Zozi is not immune to the hate.

I am yet to see someone who Defend this Miss SA unfairness without accusing people of jealous. You guys only hate privilege when it's politicians and their family members, anyone else you are fine. The anger should not be directed to her though, but Wits!

If Zozi did- this post wouldn't have existed. https://t.co/KBqPm1D0Ir

They really don't like the new Miss SA hey

I'm sure Zozi wouldn't have agreed to do that graduation alone while other students didn't. Unengqondo uZozi and always tries not being treated special andimazi yena lona.