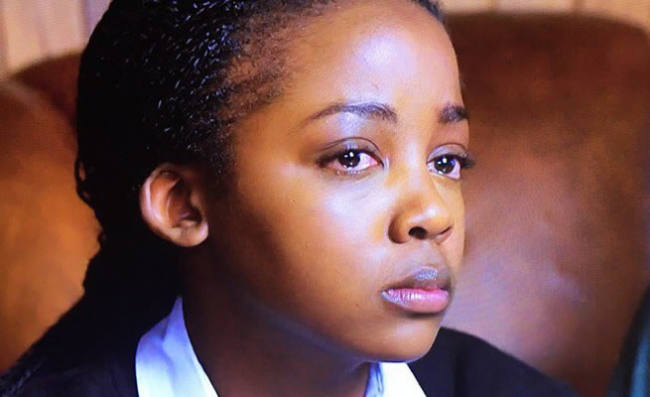 “Both Cora and I are without parents. Having lost my mother, and my father, whom I never knew, and eventually losing my grandmother in 2014, it got to a point where I kept to myself, I kept in my head — the same with Cora.”

Flying the flag high on the international stage, Thuso also recently made it onto Essence Magazine’s global top 20 Black Hollywood Stars To Watch Out for 2021 list.

Thuso has also been working hard to open more doors as she strives to become a household name in the US.

Late last year reports started swirling that the Emmy-nominated actress could potentially be joining the Jedi Master Obi-Wan Kenobi in his upcoming series coming to Disney+.

According to The Illuminerdi, Thuso was one of three actresses who secured a call back for one of the lead roles, the character of Riley.

Thuso is up against relatively unknown actress Anula Navlekar and Naomi Scott, who is popular for her role as Princess Jasmine in Disney’s live action Aladdin.

Losing a parent at a very young age is the most unbearable experience that any child can go through. Actress Thuso Mbedu (25) says losing her mother to a brain tumour at the age of four was one of the hardest moments in her life. The star, who portrays the character of sassy Winnie on Mzansi Magic’s first teen drama, Isithunzi, says her maternal grandmother’s love and support helped her overcome her pain.

Thuso’s parents separated before she was born. The young actress says she did not have a relationship with her biological father.

“My father did not know about me until after my mother’s passing. My mother found out that she was expecting me after they separated,” Thuso explains.

It was only when the actress was 11 years old that she met her father, who also passed on in 2012. The KwaZulu-Natal-born actress tells Move! that her circumstances forced her to grow up fast.

“Losing my parents taught me to be independent and to be a strong young woman,” she says.

However, the former Scandal! actress says she is grateful for the role that her grandmother played because her lessons are what moulded her to be the woman she is today.

Losing her parents was not the only tragedy that Thuso faced. In 2013, she lost her grandmother.

“When I got the news of my grandmother’s passing, I was devastated. But she left us knowing God and that was the best thing that she could have done,” she says.