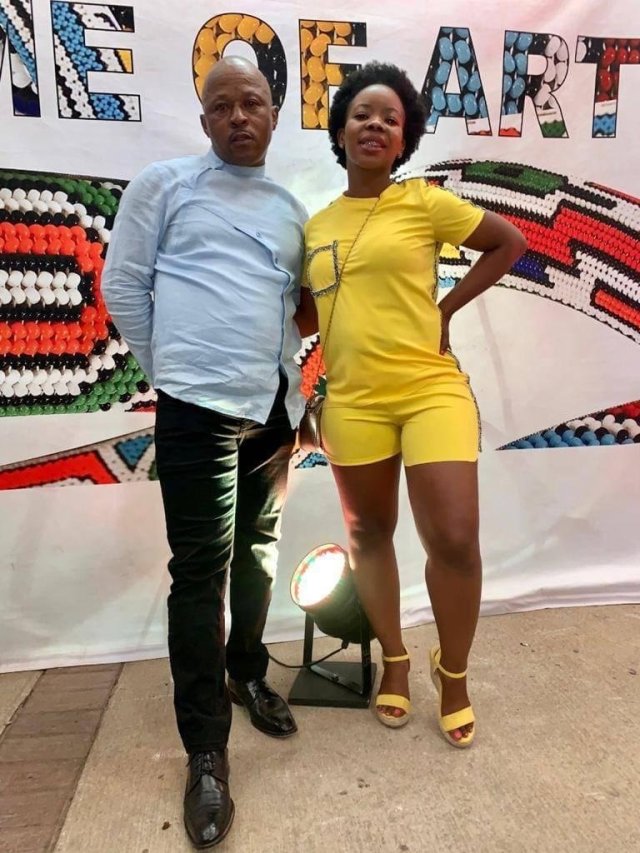 Ernest, who shot to fame when he played Chester in the 90’s drama Yizo Yizo, said being a married man added more to his responsibilities, but he enjoys it.

The actor got married at age 47 to Durban businesswoman Nana Zondi in 2019, after they met at Artizen Lounge in Durban a year before.

They have a one-year-old daughter together.

The former Gomora actor said that when he met Nana, he fell in love with her immediately.

“She made me see life in a positive way. That’s why I decided to start a family with her. After I marrying her, I became a better person. I’ve learnt to be responsible in every way, including financially.

“My wife is my pillar of strength. She supports me and my hustle and is there in every step I take. And after my daughter was born, I said yes, I’m ready for every challenge,” said Ernest.

Nana is not only Ernest’s wife, but she’s also his manager.

She even runs her husband’s social media pages.

She said people were saying nasty things about Ernest when they started dating.

“I would hear people saying he was down and out. Some would say he was a faded actor. But I stood by him and made sure he blossomed again. I love my husband and he has proved that he’s responsible and a loving father,” said Nana.

The two have four kids, including three from their previous relationships. Like any other married couple, Ernest and his wife do fight.

“But it never last for more than a day. We argue like brother and sister but we never go to bed angry at each other. We both have learnt to apologise. I usually go for a drive to calm down when we fight, then we talk and sort it out,” added Ernest.