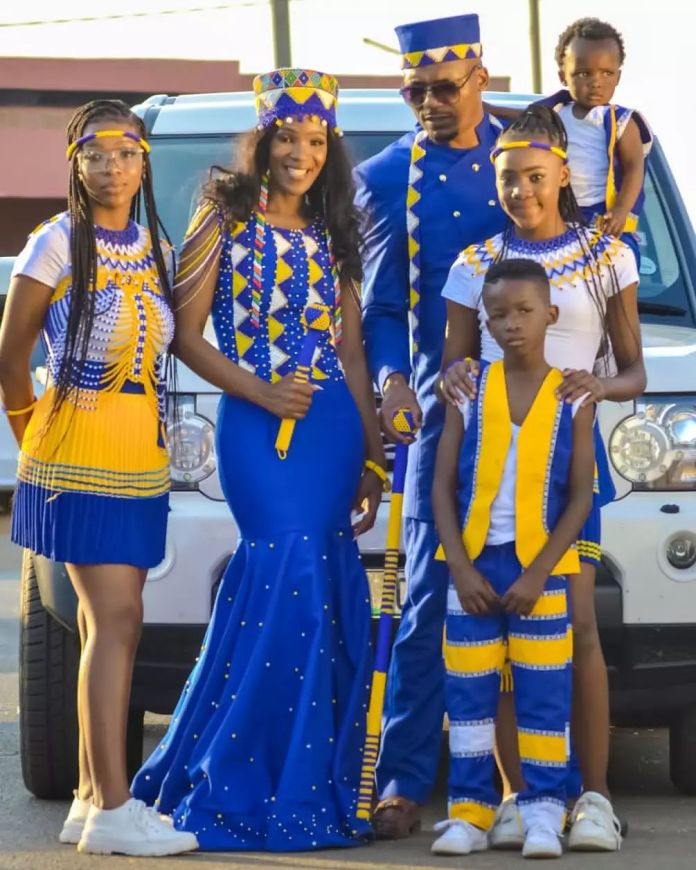 TUMELO Matlala is happy that his wife, Ziphelele Beku, was finally introduced to his family on Saturday, 25 September.

The welcoming ceremony took place in Duduza in Nigel, Gauteng.

The former Generations: The Legacy actor and musician told Daily Sun that it was an exciting day.

“Everything was amazing – from the decor to attire. We chose to stick to colours that reflect Pedi tradition, which are blue, yellow and white.”

The couple, who have been together for six years, had their first marriage ceremony in Qonce, Eastern Cape, in December 2019.

“We had planned to do the ceremony earlier in 2021 but unfortunately, my wife’s mother died in January. We had to give our families enough time to mourn,” he said.

“We enjoyed the ceremony and everyone was happy, with unity dominating the event.

“We’re working to enjoy our marriage as we go forward. Marriage is a good thing, and there is God’s favour in it.”

His had a message for those who were not married. “If you have found the one who loves you, don’t waste time. Do the right thing.”

Ziphelele said the day was filled with warmth and excitement.

Tumelo is directing Speak Out on SABC2, and promised to get back to acting next year..