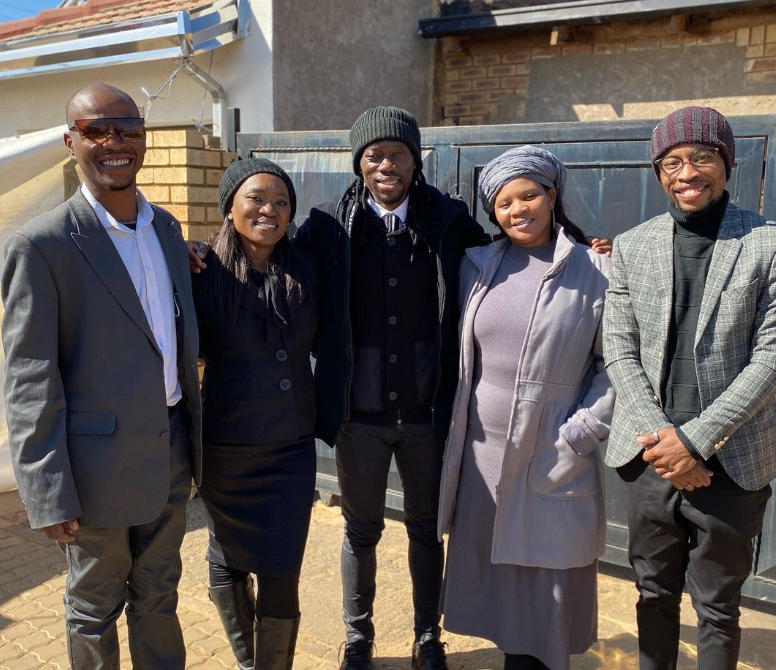 Former Bafana Bafana midfielder Reneilwe Letsholonyane has laid his grandfather to rest. He shared pictures from the funeral service and added that the burial was fitting for his dad given the circumstances around the country.

His grandfather, who he often referred to as Papa was a hundred and three years old, had eleven children, thirty-seven grandchildren and eight great-grandchildren.

“Today we laid a soldier to rest. The man we grew up calling Papa while our dad was Abuti. I mean he was 103 years old, 11 Children, 37 grandchildren and 8 great-grandchildren. Well, the numbers might be more,” shared the soccer legend.

He also thanked him for all the wonderful years and good genes he has passed on to him. He vowed to keep his grandfather’s memory alive.

But ah well, the send-off was fitting under the circumstances and celebrated his life. Thank you for good genes. You are now with your wife, our Mama( granny). Phomola now sir and you will never be forgotten.”

Just the other week, his wife and sports broadcaster Mpho Letsholonyane opened up about losing someone close and dear to her. In her heartfelt post, she added that the death had deeply affected her – she expressed her wish to have spent a few more years with her loved one.

“If there ever were 2 people who embodied what being in love, being present in that love and being open and honest about that love, it is Mr and Mrs Love. Baga Lilokoe. Of all losses, this one left me wondering why?! Why Mr Love? Couldn’t God wait a few many more years? Asked Mpho.

She further added that for a pastor, he was a really funny person who did not take himself too seriously. The last time Mpho saw him, he was cooking up a storm a Mam Sibongile’s home.

An amazing soul. Funny. Didn’t take himself seriously for Ntate Moruti. You even forgot he was a Moruti. And when he prayed, he embodied his name. Thapelo. Oddly enough, the last time I saw you, you were within the pots, cooking up a storm at Mam’ Sbongile’s home as we prepared to lay HER to rest…

She has been worried about the wife and the kids left behind and continues to keep them in her prayers.

This follows Reneilwe’s announcement that he would be retiring from the beautiful game after playing at a professional level for almost two decades. In a video shared on social media, Letsholonyane gathered all the jerseys for all the clubs he’s played for over the years on the pavement and later seen leaving, then he threw his soccer boots in the sky. The legend is married to radio personality Mpho Letsholonyane.