Home
Sa News
For more than 180 families whose homes were destroyed by the flash floods in Mamelodi, Pretoria, starting afresh is the only option. 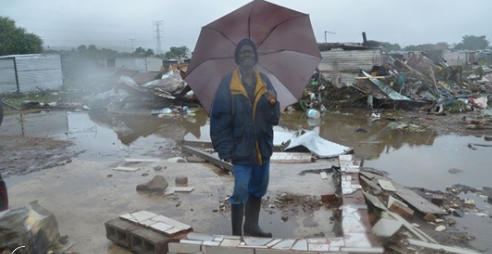 For more than 180 families whose homes were destroyed by the flash floods in Mamelodi, Pretoria, starting afresh is the only option.

Shack dwellers in the informal settlement of 77 Buffer Lake watched in disbelief as their homes were swept away by floods in Tshwane on Monday after days of relentless rain.

Father of seven, Moses Lukhele, left for work in the morning in the rain. He said he had to come home early when neighbours alerted him to the situation.

“They called to say it’s bad. I rushed home to find my shack still standing. The water levels were up to your waist. I watched as my shack was swept away,” said Lukhele.

He said his wife had managed to leave with their children. 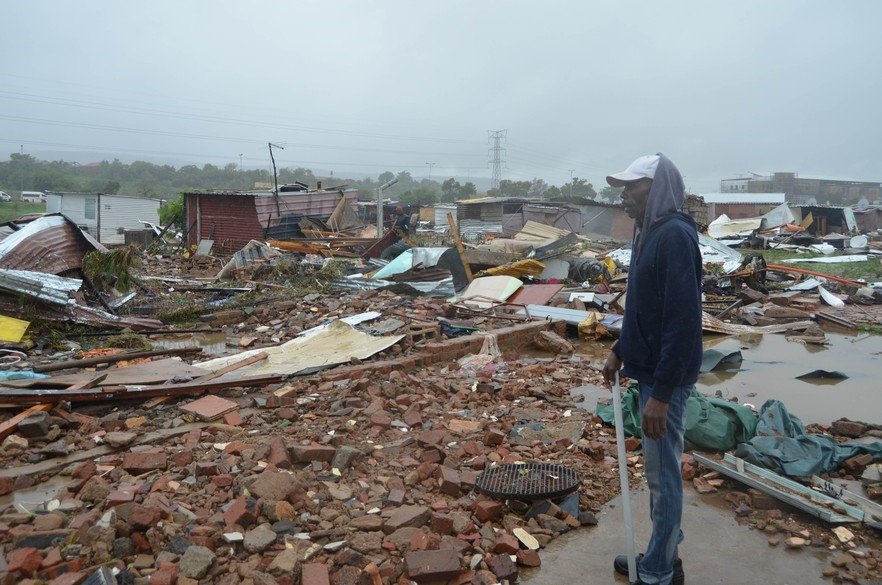 James Sekgobela said his family of three lost most of their belongings in the floods.

“A large case [containing] my child’s Christmas clothes was swept away. My wife’s important documents and our drawer, which had some of our clothes and my ID, was washed away too,” he said.

Sekgobela said they sought refuge at a church and watched as their homes were destroyed. 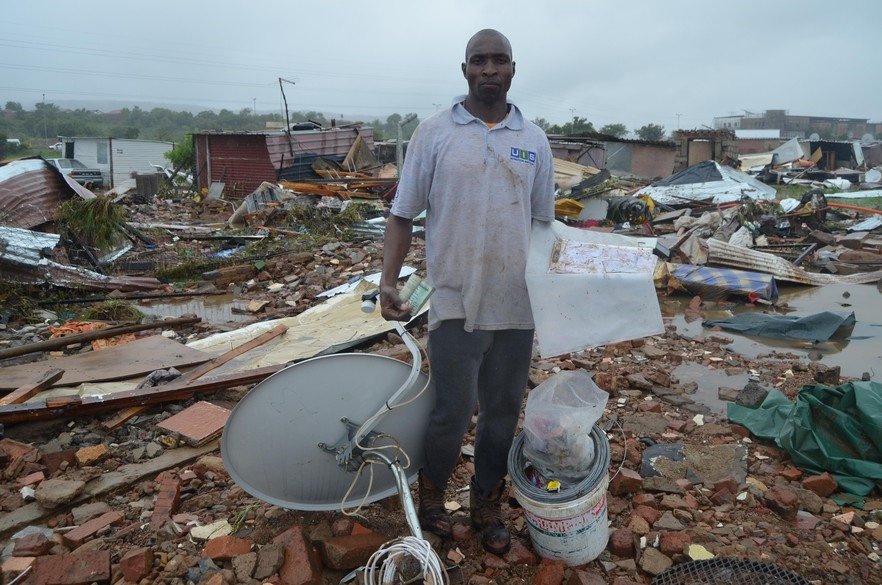 Community leader and one of the founders of the informal settlement, Mandla Mahlangu said residents had to be rescued by rescue divers who came to their aid. Mahlangu said it was time that the municipality fulfilled promises made to them.

“I am 46. I cannot be staying at the home where I grew up, with my children. All we need is for Tshwane metro to give us proper land. We can vacate the area with pleasure if they can move us to a safer one,” said Mahlangu.

By midday on Tuesday, most residents had been housed by various organisations, including the Baptist church in Mamelodi West, where individuals lent a helping hand.

“We counted about 511 people from 188 families,” said Tshepo Ngobeni of Ngobeni Projects, based in Mamelodi. “We are collecting stats to assist any agencies that come.” 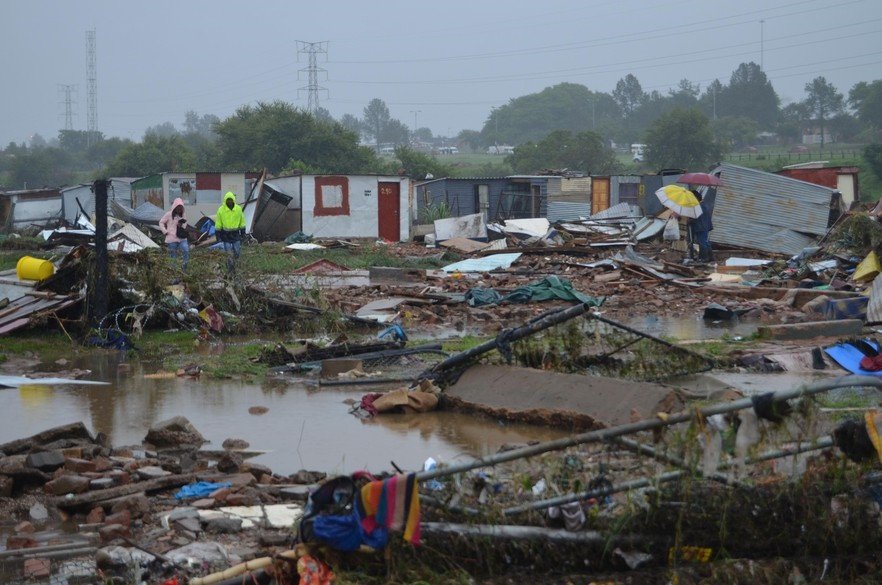 “The City has decided to engage with the National Department of Human Settlement through the NUSP (National Upgrading Support Programme) and is now finalising the Upgrading Strategy.”

“The approach might be short to long term as it will depend on a number of factors, such as the availability of land, required budget, age of the settlement and the qualification criteria set through the housing code.”

“We are not only looking at Mamelodi. Other areas, such as Hammanskraal and Atteridgeville, have also experienced floods.”