Fired Actors We Miss On The Queen Mzansi

Fired Actors We Miss On The Queen Mzansi 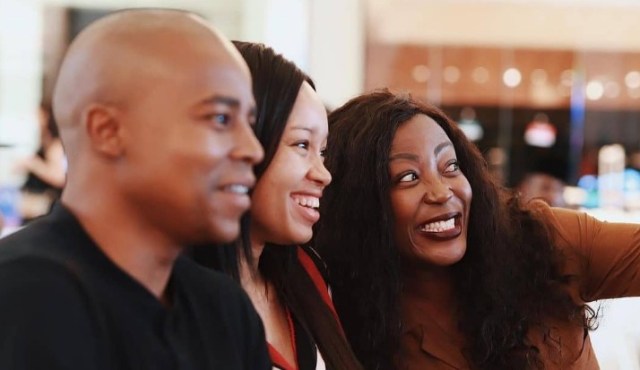 The Queen Mzansi is one of South Africa’s top TV shows. The fast-paced show which is produced by The Fergusons features a star-studded cast including Connie Ferguson and SK Khoza. The Queen revolves around the larger-than-life Khoza family which is calculative, and corrupt

The show premiered in August 2016 and it has since become a household name. Viewers are often left disappointed when their favorite characters leave the show which makes them question their exit. This is as The Fergusons are notorious for allegedly firing actors.

The seasoned actor who played the flamboyant Kgosi left the show in 2019 and much to the delight of viewers of the show, Shona Ferguson recently hinted at his return. This follows after he posted a video on his Instagram page, of the cast and crew members of the production welcoming him back. The actor left the show unexpectantly in 2019 but we are happy that he has decided to come back.

The actress left the show after she was weighed in her two cents on Vatiswa Ndara and The Ferguson’s drama. This follows after the actress exposed The Fergusons of exploitation.

Rami later announced her exit on social media and speaking to Somizi on his show, here is what she had to say when asked if she would work with them again.

“It depends. I would tell them to listen more. Being able to be a listener doesn’t take away from the kind of leader that you are. Also being creative does not mean you have to close off your human element, ” It is unfortunate (that producers see expression as a form of attack on them) because that is the nature of the business. In the entertainment industry, people should not be untouchable.”

It was reported that she left the show after being axed but, According to IOL, The showrunner Laura Nell, the actress was not given the boot

Dineo’s contract was not terminated. She is still on payroll until the end of May. Dineo was released to go and shoot her movie. Scripts had to be rewritten to accommodate this as she was on an ‘A’ storyline. She was scheduled to return in April, but due to the lockdown, everything has changed.

The actor who played Thato recently left the show and his exit was unexpected, “Thank you for welcoming “Thato” into your homes from season 2. The opportunity has been amazing. What a journey… I’m so grateful. It’s a WRAP guys!! Big thank you to the cast & crew,” Xolani wrote on Twitter after his final appearance on the show.

Rumors suggest that he got fired from the show, but Phil Mphela said he decided to leave on his own accord. The actor was with the show for several years and we look forward to seeing his next projects.