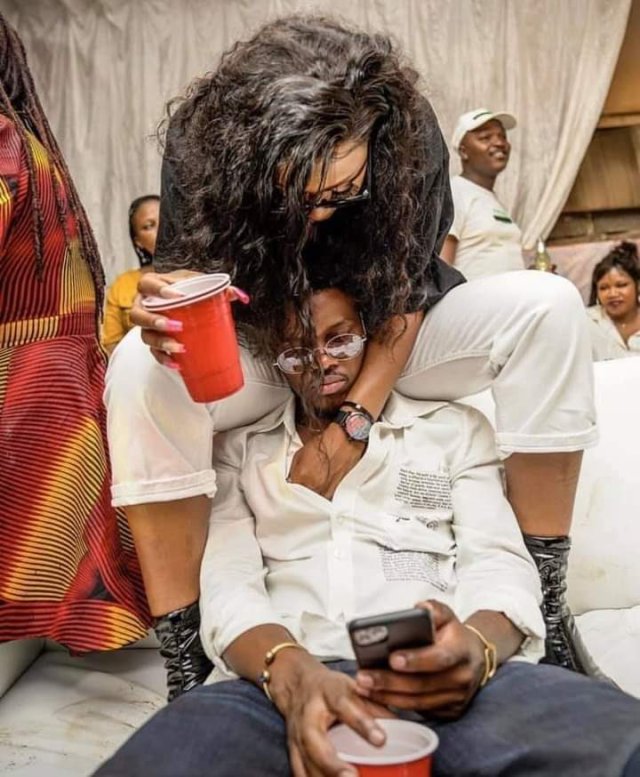 DJ Zinhle and her boyfriend, Black Motion’s Murdah Bongz have a way of melting the hearts of fans with their romantic relationship. Taking to Instagram stories, Zinhle got eyes popping after sharing a photo of herself with Murdah passionately k!ssing. 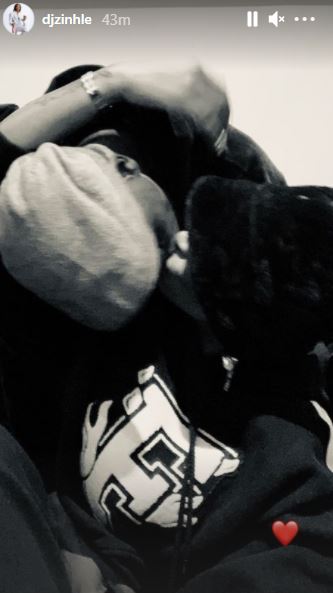 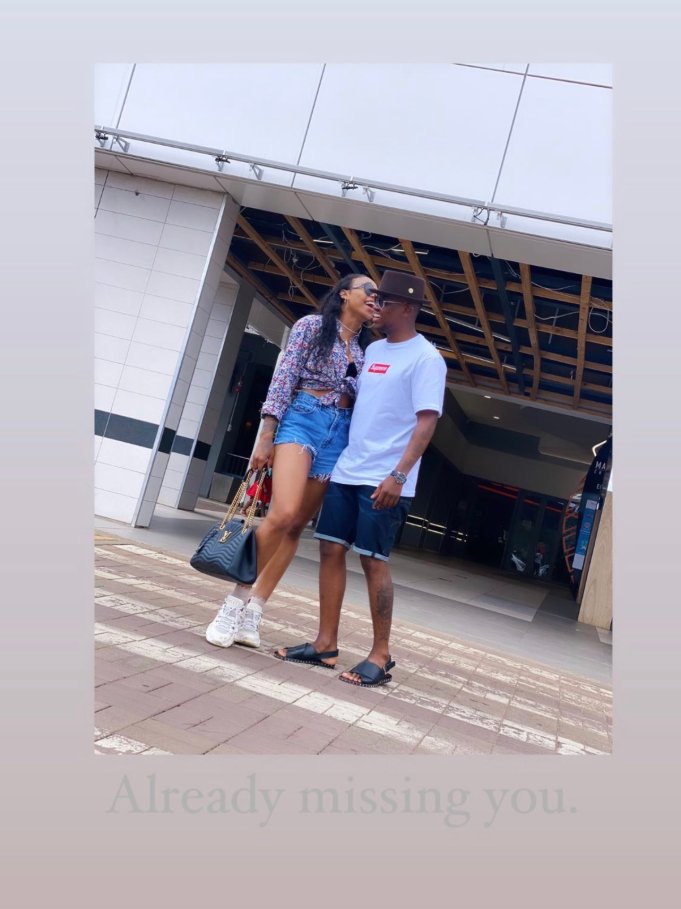 The two dropped hints on being in a relationship in 2020, after the DJ split with ex-lover, AKA. However, it was later confirmed by Murdah as he frequently shared phots of them together or her photo but with captions that prove that they have something interesting cooking.

On another slide, the Black Motion’s music producer is seen holding Zinhle’s shoes, which definitely melts Mama Kairo’s heart. This isn’t the first time Murdah has done something of this nature. Months ago, it was reported that he helped the DJ fix her shoes at a gig after it almost embarrassed her. 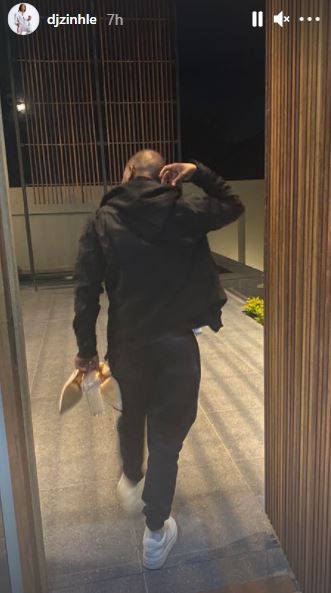