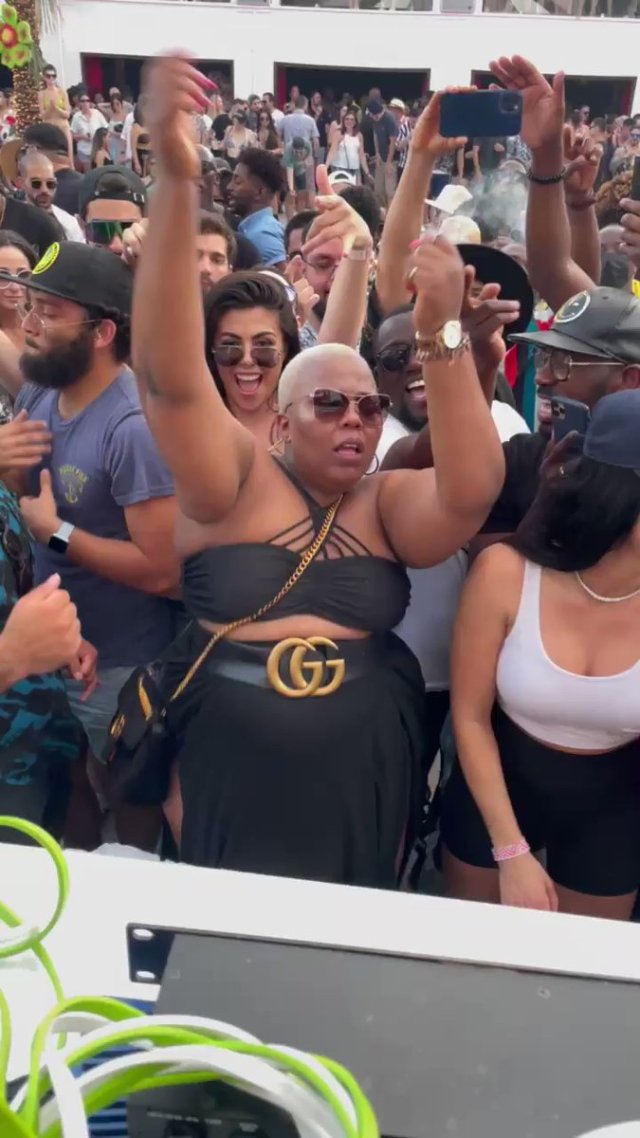 19-year-old entertainer Uncle Vinny has had tongues wagging for some time now. It all started when Tweeps started noticing his energetic and unique dance moves whenever he was on the dance floor.

Before we knew it, the ‘Uncle Vinny Challenge‘ was in full swing and a number of celebrities were singing his praises. Just a week ago he was trending after his birthday party shut down the streets of Braamfontein where artists such as Boity and Major League DJs performed to a packed crowd inside and outside the venue.

What is the Uncle Vinny Challenge, you ask? Allow Riky Rick to demonstrate.

Twitter was surprised to see that the challenge has hit American shores when Black Coffee posted a video at a gig he was playing, capturing an American black lady pulling off Uncle Vinny’s dance moves.

The video was captured during Black Coffee’s gig in Houston, Texas. He also mentioned that more and more of his international audiences are requesting amapiano during his sets.

Tweeps wasted no time commenting and giving the bubbly American lady the nickname ‘Aunty Vinny.’ While others were impressed by the “haibo” remarks in the background.