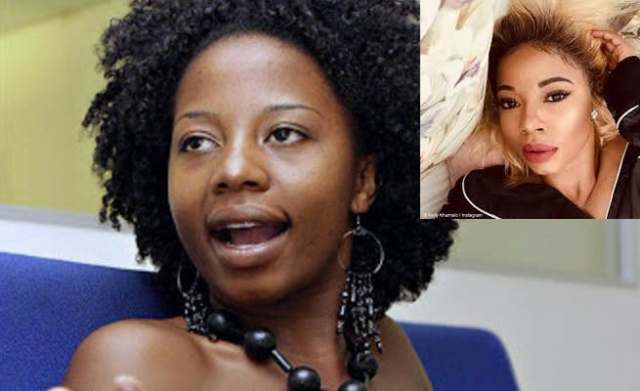 A new episode of Kelly Khumalo’s reality show, Life With Kelly Khumalo, has just dropped and more revelations have been revealed about her relationship with baby daddy Jub Jub.

Khumalo took a trip out to Mozambique to visit her friend Wanda Baloyi to catch up. The two spoke about Christian’s relationship with his father Jub Jub, Kelly’s biological dad and her love life.

“You never told me since the last time we spoke. It’s been a while. We haven’t really spoken about it and I wanted to ask you – what is the situation with Christian’s father, him meeting him and, what happened there?” Asked Wanda.

Kelly responded and said that nothing happened since she reached out to him to have a relationship with his son. “Nobody called me back and I also stopped trying.”

Washing her hands, the singer adds that she will tell her son everything when he gets older.

“I’ve tried and when Christian gets older he will know. I mean his old enough to remember that I did mention certain things with him because I was trying to make an effort for him to have a father in his life. I am washing my hands. I have had enough. This whole father thing is an issue. Christian’s father is not making an effort. My father is also not making an effort,” added Kelly. “Also with my dad. Everything is fizzled out. And, I’m at the point where I’m like – it’s right now. I don’t care anymore.”

Wanda sympathized with her bestie and she totally understands why she feels the way she does about Christian’s dad and her own father. “In as much as she’s at an age where she feels like she has the need and desire to have a relationship with her dad and create peace in her family and her life. If it’s not being responded? We can’t force it.”

Just when she thought Baloyi was done with the difficult questions, she asked the reality television star about her love life. “So chomee, change of topic – Uyajola na?”

“Are you actually going to pull that one on me?” responded Kelly who was caught off guard. “I don’t know what to call it. All know is that I’m busy. You know the mayor story right? And I’ve known the major for a long time. But nothing is coming out of that thing.”

The full episode of Life With Kelly is currently streaming on Showmax.