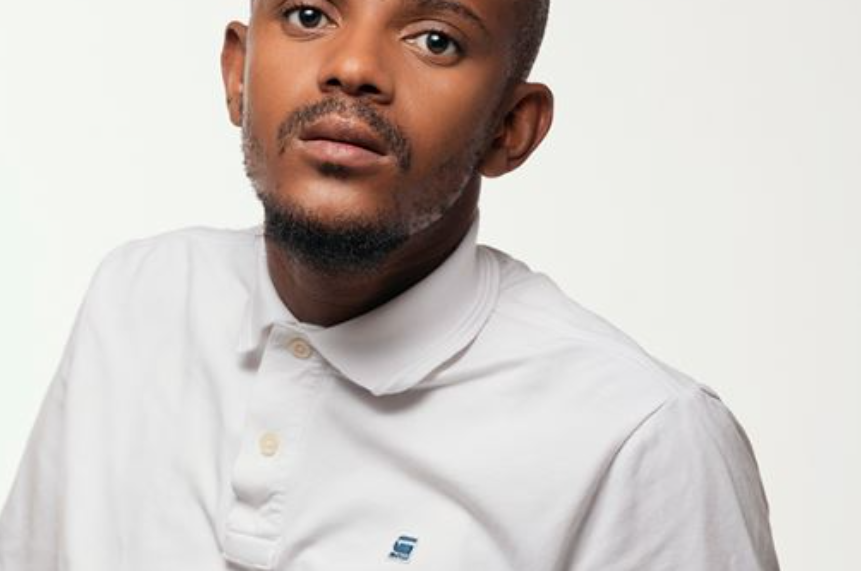 Not so long ago Kabza De Small trended after cheating deaths. Well, from the look of things it seems as if the Amapiano sensation is more than a trouble maker.

However, he is trending for the wrong reasons of late. Kabza De Small has been called out by a forex trader by the name of Stylish Keys for allegedly assaulting him.

Taking to Insta-stories, the Stylish Keys has it that the star assaulted and left him bruised. He said that Kabza and his bouncers attacked a friend of his and injured his face. 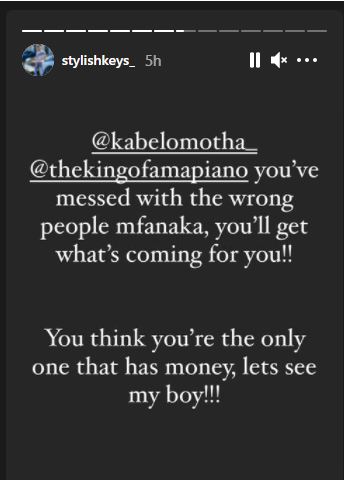 Not only that but he alleges that during the assault they damaged his perfume stock work R7000 each. The man who accused Kabza De Small promised to avenge their friend who got assaulted allegedly by him and his bodyguards.

On his Instagram stories, he warned Kabza of what’s coming to him saying he messed with the wrong people.

“@Kabelomotha you’ve messed with the wrong people mfanaka (my boy), you’ll get what’s coming for you!! You think you’re the only one that has money. let’s see my boy,” he warned.

In another post, he alleges that Kabza and his boys damaged perfume stock worth R7000 and a Stacy worth R50 000 as well as their car papers.

He then threatened to open a case at the police station, “let’s meet tomorrow at the station with a solid docket for you, let’s see what your money can do now,” he wrote. However, rumour has it in a now-deleted post the assaulted vowed to take Kabza de Small down.

However, it was recently reported that DJ Maphorisa and Kabza De Small cheat death after being showered with bullets.

We all have been wondering why Mzansi’s sensational duo has gone AWOL. No doubt it is with deep concern to break the news that DJ Maphorisa and Kabza De Small escaped death by a whisker after they were showered with bullets whilst travelling in their van.

The duo has been giving us hits after hits to keep us entertained. Of late the two have been out of the picture for days after they survived a shoot out.

According to a local publication, the two were showered by a hail of bullets on the 8th of February. However, the two managed to dodge a hail of bullets but some of their travelling party are in ICU. Rumour has it that two hitmen fired shots at the DJ’s Mercedes-Benz tour bus in East Rand injuring occupants inside the bus.

The police have already confirmed the shooting. The suspected gunmen were driving an Audi A4. It is said that the gunmen opened fire, firing from the back before they fired from the front and sped off.