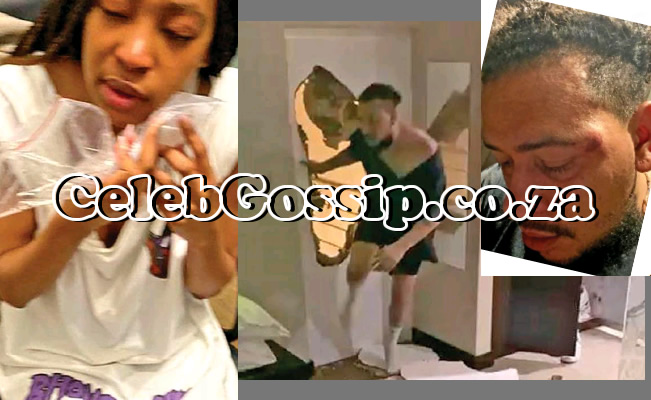 No stranger to controversies involving Mzansi’s A-listers, in his latest episode of “Podcast and Chill with MacG”, the podcaster read an anonymous letter sent by one of Anele Tembe’s relatives detailing cheating allegations involving AKA and Aurea Alexander, who is Da L.E.S’ baby mama.

The topic started off with Mukwevho’s co-host Sol Phenduka slamming AKA (Kiernan Forbes) about his recent performance at the Nedbank Cup final at the Free State Stadium, just weeks after he buried fiancée Anele Tembe after her fatal fall from the 10th floor of a hotel in Cape Town.

“I thought he would lay low and fix himself up … ” said Phenduka.

The trio (including the ghost co-host) continued to express their disapproval of AKA’s actions, despite the rapper’s recent announcement that he will take a hiatus after he pulled out of the upcoming annual Joburg Day event.

MacG then confirmed that they received an email from a Tembe family member a day after her death.

“Hi, my name is anonymous from Tembe family in KZN. I am writing this to you. Hope in prayer that you will tell the truth. I feel hurt and disappointed and hurt by the Nellie situation.

“I feel we cannot simply ignore nor tell the truth,” read the email.

“Nellie was suffering in her relationship … She struggled with cheating and abuse from Kiernan. 0It started last year when she mentioned that she tried to take her life after finding out he was sleeping with other women. What really shook Nellie was when she found out sexual messages of AKA and Da L.E.S’ baby mama. She was devastated. The messages broke her heart. It was there in plain sight, AKA was having an affair with Aurea, Da L.E.S’ baby mama who is still in a relationship with Da L.E.S.”

The email also alleges that AKA attempted to silence Alexander after she threatened to tell Da L.E.S.

“Kiernan sent Aurea R20 000 to silence her after she was feeling guilty and wanted to tell Da L.E.S. Nellie found the messages and communication about situations and immediately called Da L.E.S.”

According to the email, Tembe sent Da L.E.S all the evidence, including screen shots of the alleged conversations between AKA and Alexander.

The email went on to confirm a confrontation between the former besties, with Da L.E.S deciding to cut all ties with AKA.

It is alleged that AKA blamed Tembe for the “fallout” with Da L.E.S.

IOL Entertainment reached out to Da L.E.S, who in a brief statement neither confirms nor denies the cheating allegations involving his partner and his former BFF.

“In moments of tragedy, there are no winners. It is with a heavy heart, but I choose to focus on the future where my family and love is the baseline; I think we need a lot more of it to go around, as no one wins in conflict!,” read Da L.E.S’ statement.