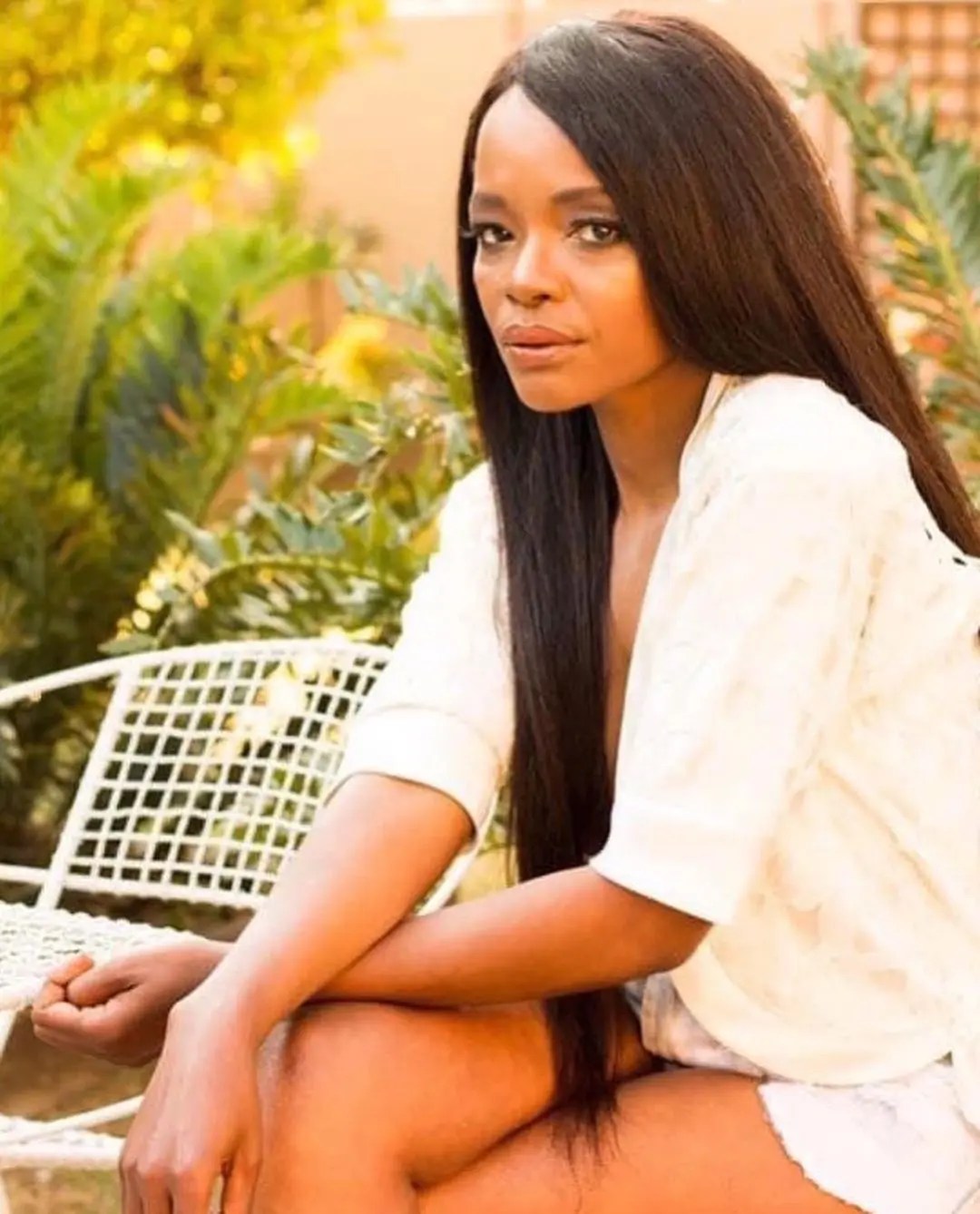 The Mboya family and Roberts family confirmed the shocking death of Kuli Roberts, who was 49 years of age. The veteran media personality and journalist died on Wednesday night, on the set of her new show.

In a statement shared on social media, the family described the outspoken, bubble entertainer as ‘the life of the party.’

“It is with profound regret and sadness that we confirm the untimely passing of our dear daughter, mother, grandmother, sister and aunt Nomakula ‘Kuli’ Roberts (49)” the statement reads.

“She sadly passed away last night (10th February) in Johannesburg,” the family continues.

“Affectionately known and loved by her friends, family, and the South African entertainment industry at large, Kuli Roberts was an all-around media personality who was always the life of any gathering. 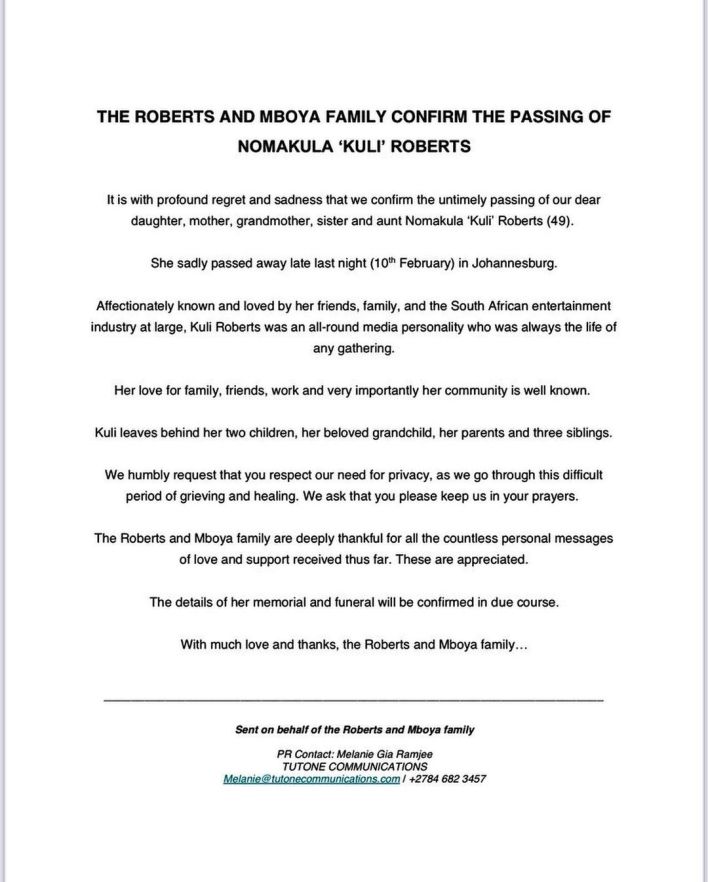 “Her love for family, friends, work and very importantly her community is well known. Kuli leaves behind her two children, her beloved grandchild, her parents and three siblings.”

One of Kuli’s siblings is the talented Hlubi Mboya-Arnold.

“We humbly request that you keep our need for privacy as we go through this difficult period of grieving and healing. We ask that you please keep us in your prayers,” the statement concludes.

The families then proceed to thank the kind messages of condolences they have received from people. They then announced that they will share details of her memorial service and funeral in due course.

Messages of condolences have been flooding in and people are still in disbelief that she passed on, hours after she tweeted her last tweet.

A video of Kuli talking about how she wants to be remembered when she leaves Earth has since gone viral. In the video she speaks about not wanting to be remembered at all but wants people to unite and fight for black people, people living with albinism and the oppressed.

In her interview on Podcast And Chill With MacG, Kuli Roberts gave this very touching response,

“This whole thing of showing off money and materialism and standing on Cassper while others are poor, nobody is impressed. You might think they are, but they are not. Ubuntu is the most important.”

Kuli was very vocal about her plea to people to treat those living with albinism in a good way. She intensified her fight every Thursdays and dedicated her social media to sharing awareness.

“I don’t put a hashtag, it’s a way of life,” she then adds that she does not wait until albinism awareness month, to start advocating. She believes if she does this every Thursday then it will gain momentum, just like how every Thursday she dedicated it so ‘happy lesbian Thursday.”

“The reason I say that is so that the black man who is a homophobe can know that there women who like other women. Because as black people, we like to use tradition and culture and all sorts of excuses for weirdness.