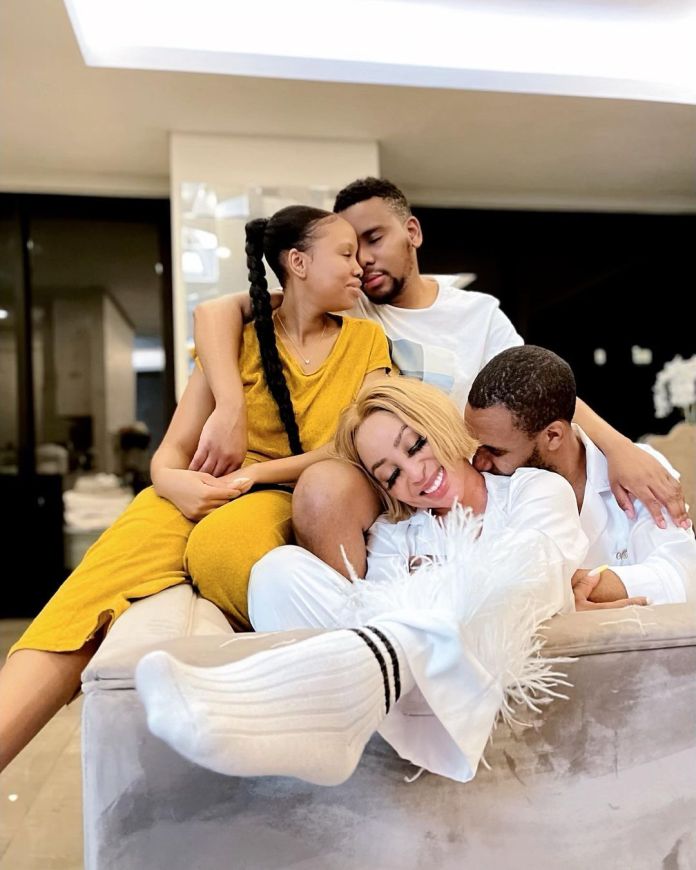 Media personality Khanyi Mbau and her Zimbabwean businessman lover Kudzai Mushonga’s relationship has come into focus once more, as Mzansi speculates about the reasons behind their recent public drama.

A wave of panic grabbed Mzansi earlier this week when Kudzai took to Instagram to announce that Khanyi had “gone missing” and he was searching for her all over Dubai.

Khanyi calmed her fans when she told TL that she was “well and alive” and later updated her social media platforms telling her followers that she had landed in SA and was safe and sound. 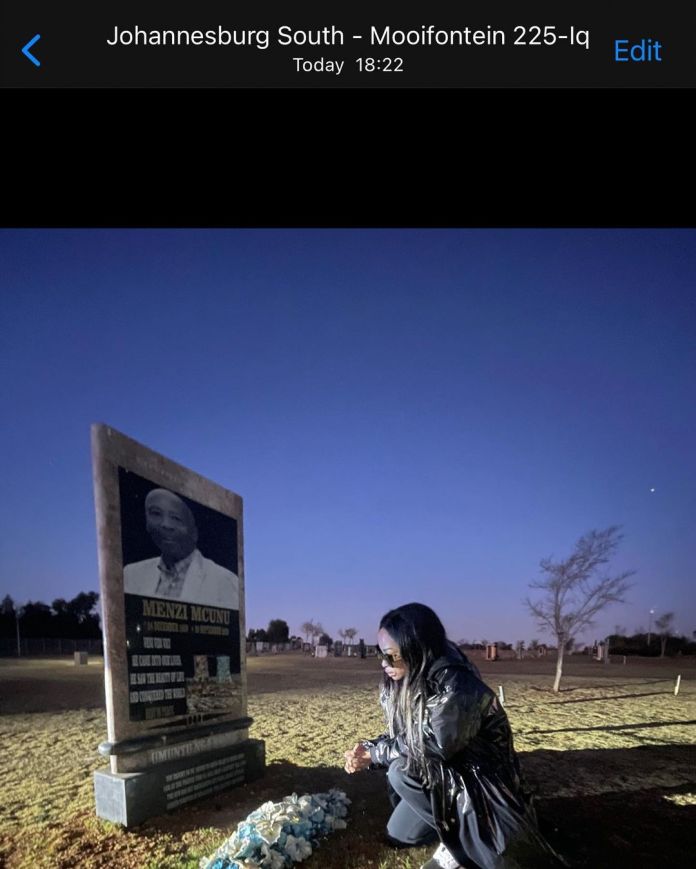 While Khanyi has expressed gratitude to the multitudes who worried about her safety, her lover has taken to Instagram to air his frustration over Khanyi leaving him high and dry in Dubai.

Khanyi hasn’t shared the reasons behind her abrupt departure from Dubai, which has ked to speculation on social media and people wondering about the timeline of the pair’s relationship.

While it isn’t exactly clear when Khanyi and Kudzai met or started dating, it was only six months ago that the pair were romantically linked. This after they started posting snaps of each other on Instagram.

Their relationship was quickly mired in controversy when it emerged that the Zimbabwean millionaire was a fugitive. 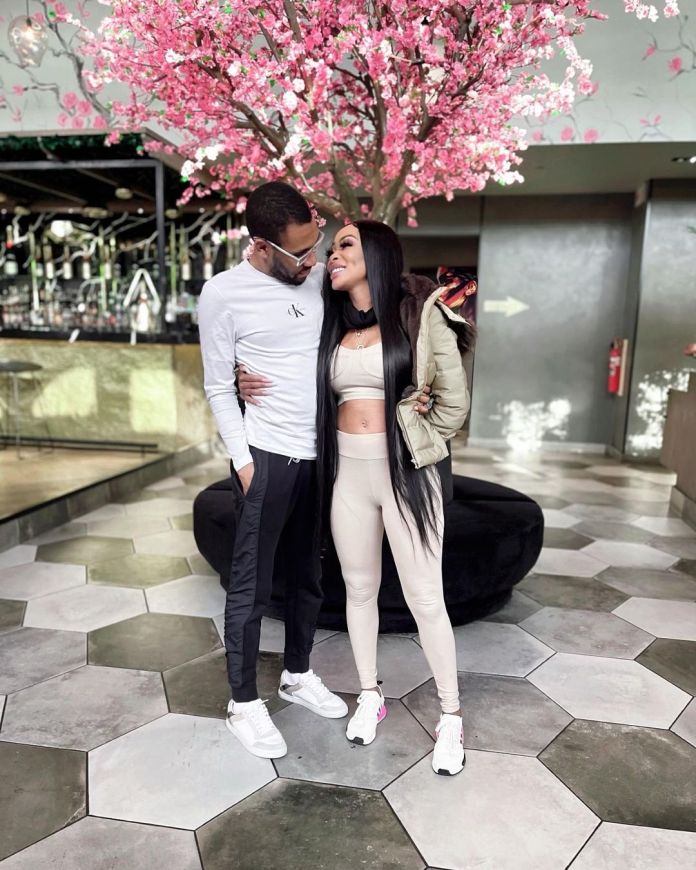 TshisaLIVE’s Zimbabwean correspondent connected Kudzai to the country’s “rich gangs” and the late Genius “Ginimbi” Kadungure who died in a road accident with three other people when his Rolls-Royce Wraith hit a tree.

Never one to compromise on her lifestyle

Known for her love of the finer things in life, SA’s original “slay queen” made comments soon after the alleged relationship made the headlines that she treated her relationships with the same respect she affords important business transactions.

Khanyi addressed comments that she “dates men for money” in an interview with Kaya FM, explaining that for her love is not a “conditional feeling”.

“The thing is with my relationships I treat them like how I buy a car or a house … you know what you want in the house. I know what my requirements are and I’m not going to back down.”

Luxury life on steroids: the dates

Once they were Instagram official, Khanyi and Kudzai showed up and showed off with extravagant, expensive dates.

On Valentine’s Day, Kudzai left Khanyi teary and smiling from ear to ear with a private performance by a violinist, more than 1,000 roses and pressies from Louis Vuitton that left everyone green with envy. 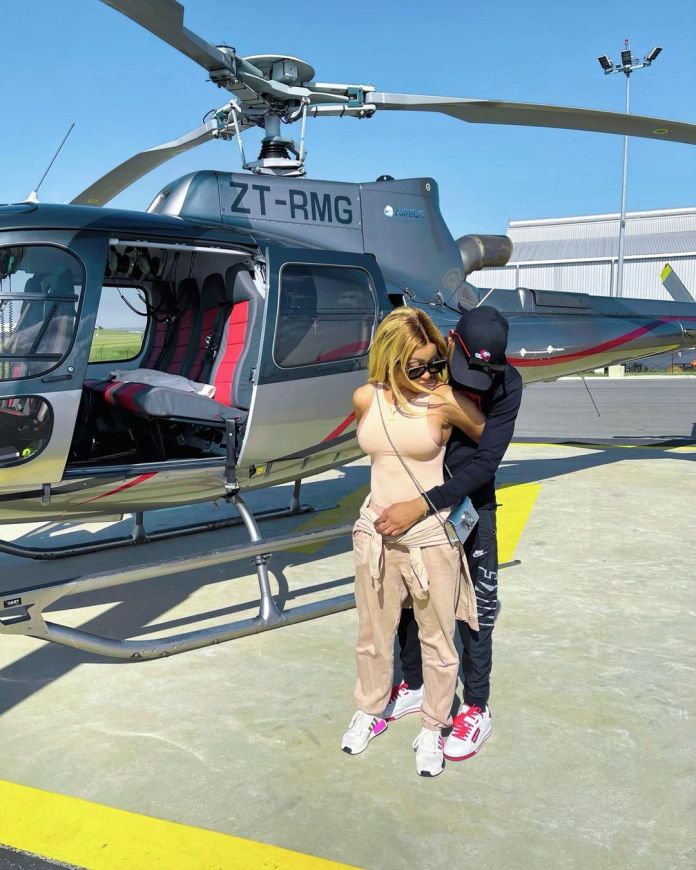 Soon after that, Kudzai invited an audience on his social media when he spared no cost in spoiling his queen with an extravagant trip to The Palace of the Lost City Hotel, Sun City – just for breakfast.

Forget about spending two hours on the road. Kudzai organised a blue-light escort and a private helicopter to transport them in style.

In March, Khanyi marked herself with Kudzai’s name in the form of a tattoo. She debuted the tat on Instagram in a pic of herself next to a pool.

“Each time I touched your hip you would scream. Poor me didn’t know what was on your hip. When you showed me before bedtime I was in shock. Love you always,” he wrote.

It wasn’t long into the relationship when the rumour mill started churning the news that the pair was planning on tying the knot. Kudzai began calling Khanyi “Mrs K” and unverified news that he’d paid lobola for Khanyi refused to rest.

Reacting to social media reports about their rumoured upcoming nuptials, Lasizwe said he could “advocate” for the couple.

“This is real love! I’ve never seen my sister so happy and content,” he said, adding that their relationship made him “want to believe in love again”.

Soon after that Khanyi had to squash pregnancy rumours when fans assumed there was a bun in the oven after she posted a snap where her tummy seemed to be protruding. The actress said she was just “bloated”.

A baecation in Dubai: before the storm

August 2021 saw Khanyi and Kudzai take what their fans said was a vacation to Dubai, as soon as it was safe to travel.

The pair had been in the Middle Eastern nation for more than a week and everything about their holiday is worth SBWLing. On Instagram, Khanyi gushed about her man, saying he has made her life a fairytale and had restored her faith in love.

“All you have done is make every day a fairytale. You have mended this heart and made being in love such bliss.

“My eyes are constantly filled with tears, tears of joy from the disbelief of how my life has turned out. I said I want Dubai you said ‘Let’s go now’! You have restored my faith. You are perfectly imperfect and all my losses have been restored in you,” she said.

On August 31, South Africans were left concerned for Khanyi’s safety after Kudzai said he had apparently not seen her since “dropping her off at the salon” where they were on holiday in Dubai, UAE.

However, it turned out that Khanyi had boarded a flight back to SA without telling Kudzai.

Despite telling her fans that she’s home – safe and sound – Khanyi has offered no explanation for her “sudden” departure from Dubai nor has she shared any comment about the online drama caused by her bae.

Taking to his InstagramStories, Kudzai has since apologised to Khanyi for his online outburst and declared his undying love for Khanyi.

Only time will tell if this love story has met its end or another chapter will begin.