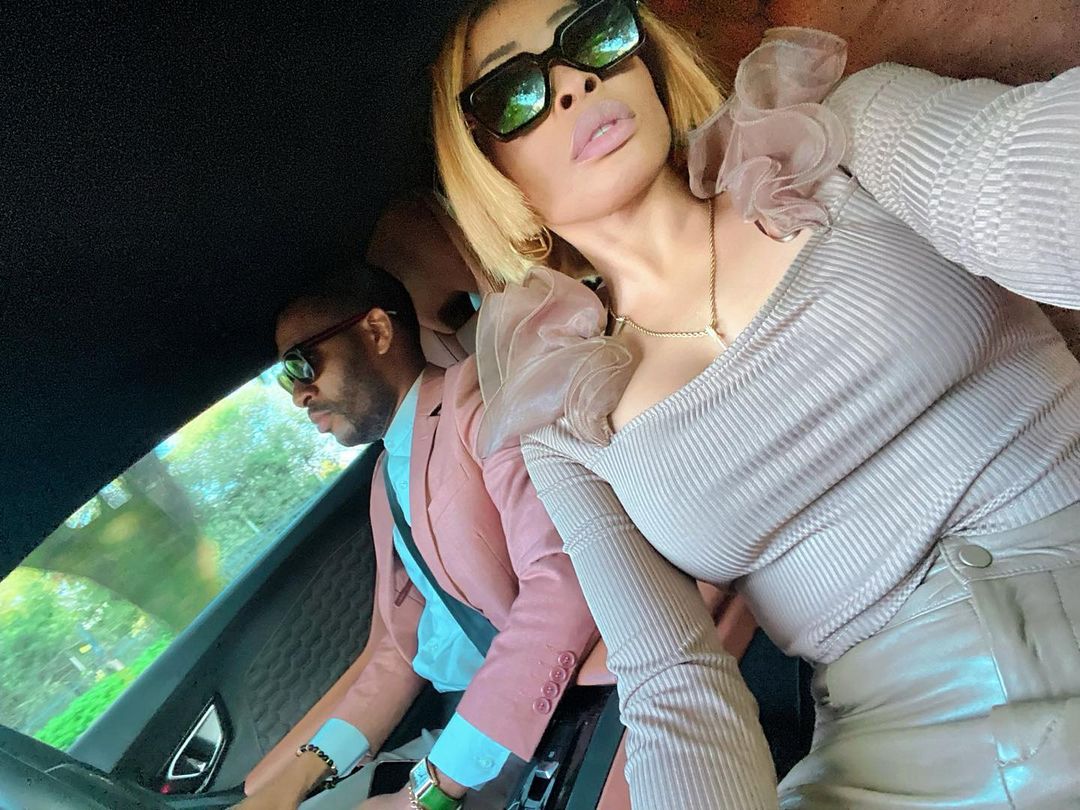 Khanyi Mbau’s boyfriend Terrence Kudzai Mushonga is being investigated by the police for dealing in drugs.

Mushonga, whose South African name is Dick Lefa Nzula, and who carries a smart ID card and a driver’s licence bearing those names, was nabbed by the police in Sandton on August 28 2019, but released when he appeared in court after the case was struck off the roll for further investigation.

According to a police statement seen, Mushonga was arrested with another suspect, Moses Chomgolicho, by Constable Dean van Zyl, who received a tip-off that two males were dealing in drugs at their home in Bryanston, north of Joburg.

Van Zyl rushed to the identified property and knocked but no one opened for him.

“He responded to a scene and knocked at the suspect and no one answered, and then he went at the back of the house and he noticed a black male standing at the lounge. He knocked at the glass door and the suspect opened the door and he identified himself as a police officer [sic],” reads the statement.

Van Zyl said he saw another suspect whom he called and then questioned.

“He searched their bedroom and they [sic] found a black bag containing wrappers with white powder presumed to be drugs inside and then both suspects was [sic] arrested and detained at Sandton police station.”

Gauteng police spokesperson Mavela Masondo confirmed that Mushonga was being investigated by the police for dealing in drugs. He said Mushonga, who often portrays himself as filthy rich on social media, was arrested but released after the case was struck off the roll.

“The case was struck off the roll pending further investigations,” he said.

This was not the first time Mbau’s man found himself on the wrong side of the law. Last week, we reported that a Nigerian national, James Aliyu, who is based in Sandton, opened a case of fraud against him after Mushonga sold him a Jaguar worth R500 000 and a Merc GLE worth R720 000, which turned out not to be his.

The Jaguar was later stolen outside Mushonga’s apartment in Sandton when he went there to demand his money, and the Merc was hijacked from him in Bryanston.

Mushonga was arrested and later released after the case was struck off the roll pending further police investigation.