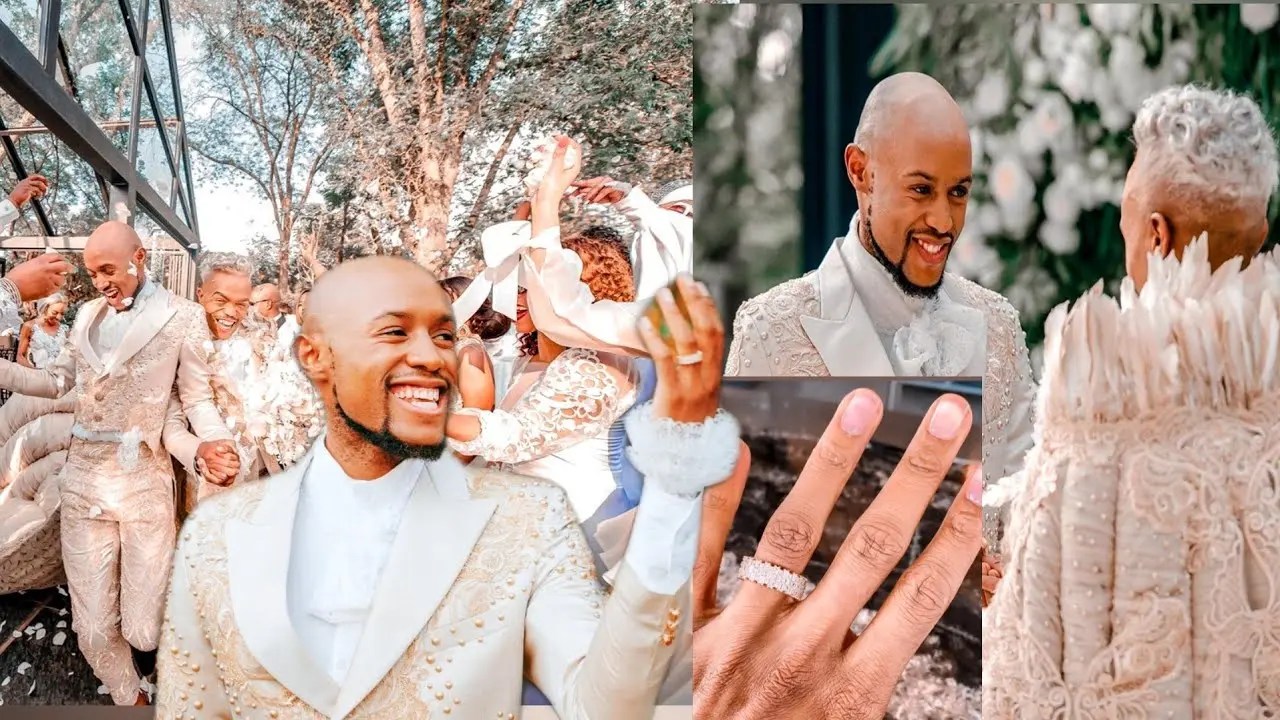 South African entrepreneur, Mohale Motaung, the estranged husband of media personality Somizi Mhlongo, is unlikely to walk out of their marriage with nothing if their union is found to be valid, says Katlego Ragolane, an attorney at KM Ragolane Attorneys.

The couple’s relationship continues to grip Mzansi after confirming last year that they were filing for divorce, amid abuse allegations.

Since then, fans of the couple have been on the edge of their seats as more details of their split have played out in the media, online, and most recently on Somizi’s reality show, Living The Dream With Somizi.

Somizi revealed in a recent episode that Mohale, who is allegedly demanding half of his estate will get “zilch” from him, “not even a toothpick”.
He was responding to his legal adviser, Hopewell Sathekge, who said the nature of their marriage entitles Mohale to 50% of Somizi’s estate. The star revealed that their marriage was unregistered with the department of home affairs, saying, in hindsight, this was a “look at God” moment for him. He said it remained that way because Mohale allegedly did not follow up on it.

So, if their marriage is not registered, does this mean Mohale will walk away with nothing?

“Our courts can choose to condone the mistake of not registering and state that the marriage is valid because they have met the requirements under section 11 of the Civil Union Act. There is a very slim chance that if indeed their marriage is valid, he will walk away with nothing. If he can prove they were married in community of property, the court will look at that more than any other thing,” said Ragolane.

Ragolane said the question about whether Mohale will get half of Somizi’s estate depends on a number of factors, including how long their marriage lasted. Somizi might argue for a reduced settlement on the basis that their marriage was short-lived.

THE VALIDITY OF THEIR MARRIAGE

Ragolane added that though the couple’s marriage does not fall under the Customary Marriage Act, which regulates traditional marriages between a man and woman, this does not invalidate it.

“The Civil Union Act of 2006, which governs same-sex marriages, lays out certain requirements that must be followed when people are getting married. It refers to the solemnization of the marriage by a pastor, as we saw in Somizi and Mohale’s case.

“In so far as what we have seen, they were able to meet the requirements including agreeing to take one another as husband and husband,” he said.