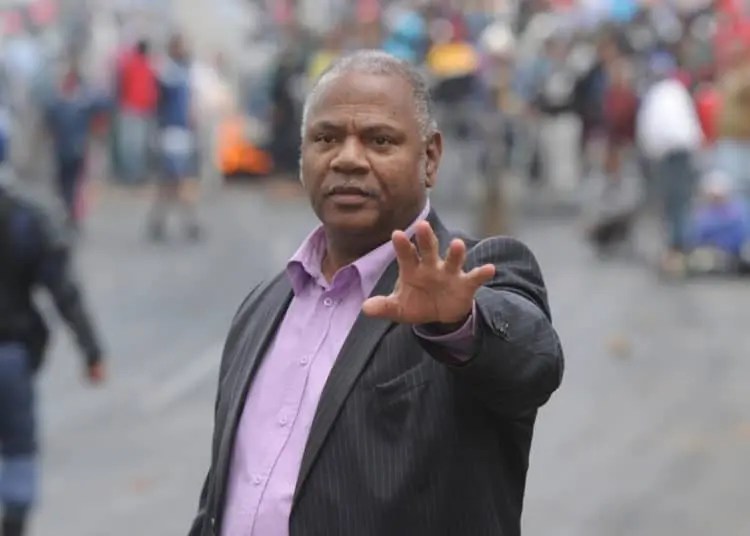 THE outgoing mayor of Cape Town has given some words of advice to the new mayor, on how to succeed in leading the city.

Geordin Hill-Lewis is set to take over the reins from Dan Plato as the mayor of the metro.

Plato’s administration faced its fair share of criticism during its time in governance.

Plato said Hill-Lewis is young and will need a lot of guidance, and he offered his assistance.

He said the new mayor has a good bunch of people around him, therefore there’s no need to fear failure and, if he does fail, it will be as a result of his own shortcomings.

“He must not be stupid not to ask, because it is his first stint as mayor but, as a prospect of the future, he is in good a good space,” said Plato.

He said he has high hopes for Hill-Lewis and the DA needs to make provision for youngsters to come into the ranks.

He said, in their last rally before the local government elections, he spoke to Hill-Lewis and told him that, according to the national auditor-general, the City is one of the only functional metropolitan municipalities in South Africa, and the only financially stable one.

“I said to him – I give him a stable, functional, and best-run metropole – he just needs to come and build on that,” said Plato.

Plato said he has a solid foundation to work on, there’s no investigations against the City, the table is set for him – he must do one thing, and that is perform.

He said there are challenges he will come up against, which are service delivery and crime, among others.

He said, during his tenure, the sewage issue has been one of the biggest problems and he hopes the new mayor will continue with the maintenance work in revamping of the underground infrastructure and, if he does not do that, the sewage problems will continue and the public will vote the DA out.

“Don’t neglect the public of Cape Town, even if they criticize you. Never run away from them,” said Plato.

He said, in fighting crime, what worked for his administration was the relationship they had with the SAPS, and he hopes Hill-Lewis continues that relationship.

Despite being out of office, Plato said he is continuing the work he did as mayor.

“My office had an open-door policy for people to just walk in – not for me to resolve all their issues but to steer them in the right direction,” said Plato.

He said being in office was one of the wonderful times in his life, the professionalism of his administration meant that one could not read anything about corruption or fraud committed by them.

Plato said, for the DA, as a government, they can look back at his time in the office as part of the reason they have done so well.

He said when the news broke that he is no longer mayor, he received calls from many political parties asking him to come over, but he said no.

He said the contact between him and the leadership is there and it is clear, he was even offered different positions nationally, provincially, and locally, but he chose the province, and the paperwork is being prepared at the moment.

Plato said he does not know where people got the idea that he was being deserted by the DA.

“I was not even worried about anything, I knew at the right time that Helen Zille will contact me – that is how my party operates,” he said.