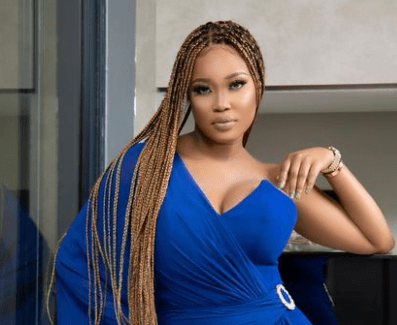 Diamond and Dolls reality star Eva Modika has opened up about her first attempt at liposuction that didn’t go well.

She recently took to her Instagram stories to reflect on her failed first attempt at liposuction in South Africa, which led to her developing lumps in 2020. The screenshot was shared on popular blogger Maphepha Ndaba’s Instagram pages, where the reality star relived her ordeal. “He’s not amazing at all. This the doctor who botched me in SA, but y’all go and be safe though. I was released from hospital the same day with no after care or massages. But I’ve been quiet.” 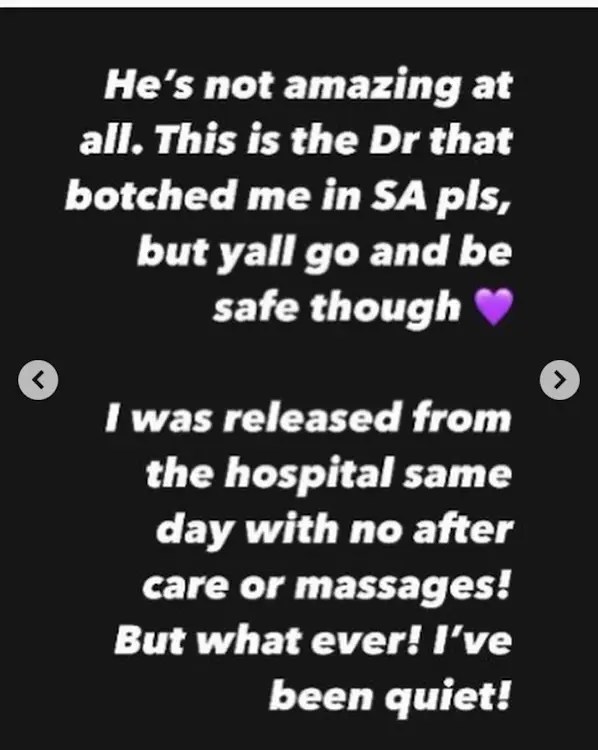 Eva underwent a successful Brazilian butt lift and liposuction in Turkey in April. She travelled there after a friend from Tanzania recommended the clinic and the doctor.

Speaking to TshisaLIVE after her April procedure, she lauded the clinic for taking care of her and criticised a South African hospital for allowing her to go home the same day.

“The experience at the hospital in Turkey has been amazing. The aftercare is superior. They literally check up on you every hour. I can walk around the hospital. The nurses help with breathing exercises and other techniques to help me recover fast. I love it here.”

Eva said after realising other people also struggle to find the right doctors, she chose to share her journey and will broadcast it on the second season of Diamond and Dolls.

“There are many people who have had failed or botched procedures and are afraid to speak about it. I want others to learn from my mistakes and be aware of the risks that come with choosing surgery.”