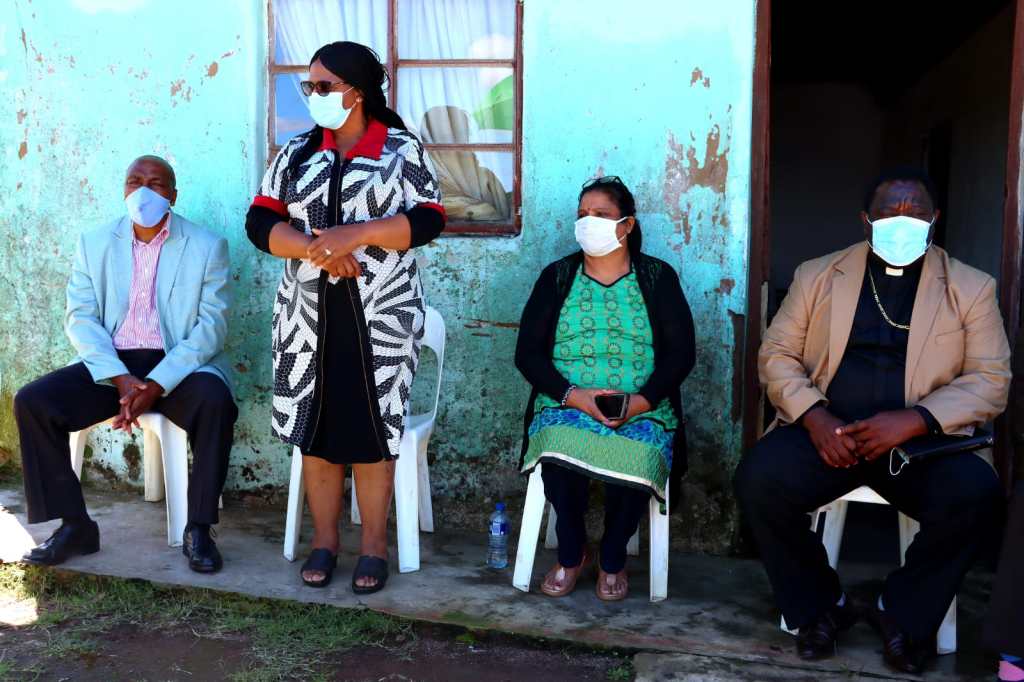 A social worker who was assisting Eshowe family massacre survivors with psychosocial services after this weekend’s gruesome shooting was hijacked in a state vehicle on Thursday.

News of the hijacking reached Social Development MEC Nonhlanhla Khoza and Umlalazi Local Municipality Mayor Councillor Thulani Dlamini who had converged with interfaith leaders at the Khumalo family’s homestead in the Nkanini area for a prayer meeting on Thursday.

The social worker was hijacked at gunpoint in the premises of social development service office.

The victims of the Eshowe massacre included two pensioners, Christopher (70), his wife Octavia (63) and other family members Mbali,(29), Thabo (10), Sinothile (18) and eight-year-old Langelihle Sigampu,. The family was gunned down when a relative, also a social worker, allegedly stormed their homestead on Saturday and opened fire.

The relative was arrested in Greytown on Monday.

Khoza expressed her shock at the murders and hijacking and urged law enforcement agencies to investigate the spate of hijackings of state vehicles.

“We are really taken aback by this incident. We couldn’t expect that a social worker can be involved in such a horrific incident to wipe out the entire family. At this stage we don’t know what could have led to such an incident,” she said.

“It is equally painful that we assigned one of our social workers to provide support to some family members that were moved to Inanda after the horrendous incident and he was hijacked. He was supposed to hand over the matter to his colleagues at Inanda office, but was hijacked at gunpoint on the premises before completing his assignment,” she said.

“It is unfortunate that while we are supposed to give support to the bereaved families, we also have to ensure the wellbeing of our social workers,” she said.

Mayor of Umlalazi local Municipality, Councillor Thulani Dlamini said the community was still reeling from shock after the murder of the Khumalo family members.

The murder suspect appeared in the Inkanyezi Magistrate’s Court on Monday. The matter was adjourned to March 5.