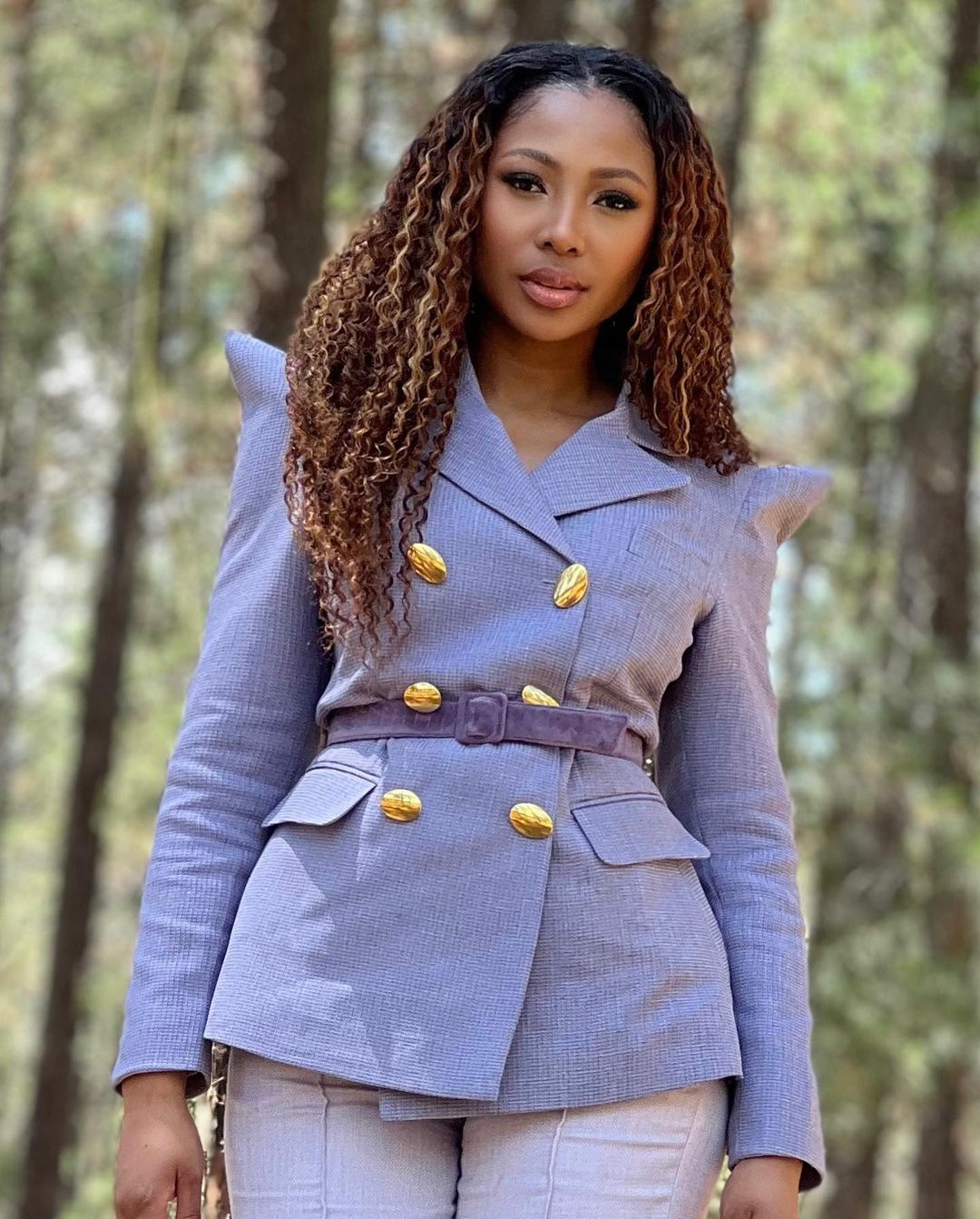 South African actress and fashion designer Enhle Mbali Mlotshwa continues to be at tweets wrath. Tweeps have since thrown around speculations that before the year’s end, the beautiful Mlotshwa will become a Sangoma.

Evidently, there seems to be no end to the drama surrounding Enhle Mbali Mlotshwa following the accusations of being in a romantic relationship with a married man. Even though the man claimed to be dating Mlotshwa has issued a statement, clearing Mlotshwa of having any relationship with him besides work and friendship.

Tweeps are certainly not buying the story they have been sold. Instead, for the past four days, Enhle Mbali Mlotshwa has been the hot topic and making headlines for being the other woman who is thriving to join a polygamous marriage.

Tweeps have since speculated that before the year’s end, actress Enhle Mbali Mlotshwa will become a Sangoma. To where exactly these outrageous speculations are coming from, is everyone’s guess.

I don't know why, but I agree with this tweet, sobona 🤷‍♂️😂

I will save this tweet, it cannot be this year but she definitely will 😂

Following her dirty laundry aired for everyone to see, Enhle Mbali Mlotshwa has been called a horrible human being, a home wrecker, and her face has already been photoshopped in Durex condoms packets all over social media.

She has been called the condom minister after she told Justice Huni’s wife Valentine Bango that her and her husband were using protection when being intimate.

“”I have got condoms…everywhere and in my car right now” said Enhle Mbali to Valentine when she was asked whether she was using protection with Valentine’s husband..” wrote MDN News