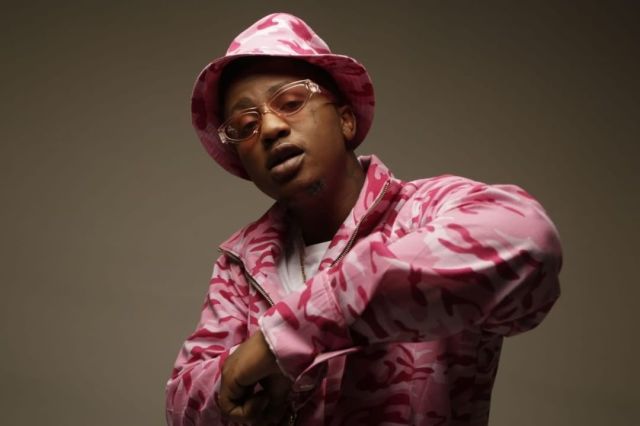 Comedic rapper Big Xhosa might have gotten away with dissing other big South African rappers, but he saw himself in the firing line when he came for an unbothered Emtee.

Big Xhosa dissed any rapper you could think of, except Big Zulu and AKA, for obvious reasons. On a Tupac sampled beat, he tells all of them “ninyile” but Cassper belittled him and called him 1Pac because, well he does not believe in his star power.

Cassper, just like the other rappers mized Big Xhosa and encouraged him to get his clout whilst they are busy building on their wealth.

Like many other social media frenzies, his clout did die down for a sec but that was until he took shots at Emtee. Well, not exactly but he provoked him and he got what he asked for as Emtee fired back at him.

On his IG live Emtee insinuated that Big Xhosa was mentally disturbed after that diss track. Xhosa could have responded with another diss track or punchline but he said Emtee’s music has done more for him, so he has so much respect for him.

“Jonga Emtee @emteerecords I heard what you said about me on that live, calling me a mentally disturbed person… I wanted to tell you something disrespectful back but remembered that your music has gotten me thru some worst times in my life. I only got love and respect for you,” Big Xhosa said provoking Emtee.

Emtee was not having it, so he swore at Xhosa, but that was not end of it.

Emtee believes that he can murder Big Xhosa on a cypher battle, saying he got killer punch lines, “I’m not a cypher kid but I’d kill him with punch line hooks.”

Fans pushed for Emtee to battle Big Xhosa but he did not budge. Instead he asked how long would he survive after dissing the entire rap industry, “Stop cappin’ to this kid. He’s gonna diss the whole country one day then what?”

After responding to his fans about the matter, Big Xhosa clapped back at Emtee telling him to chill out because it is just a game. The rapper proved to be uninterested in playing that game saying there is no time for such, so people should just respect each other, “S’phelile is’khathi soku phapha. Mas’hlobiphaneni,” which translates to, time for joking around has run out, let us respect each other.

He then warned the aspirant rapper to never ever disrespect him like that ever again.

“Game yamas**ba. Zizama ukondla abantwana bethu niyas’nyela [What game? We are trying to feed our kids but you gys are disrespecting us.] RESPECT SOUTH AFRICAN HIP HOP. Ungazonya la and call it a game. This is our bread and butter. Niyanya nonke nje awekho wonke lamasimba eniwenzayo. Khulani bafana. Yekani ukunya [All of you are just fooling around. What you guys are doing is not on, grow up] Wena Big Xhosa. Let that be the last,” he warned.

Emtee is currently enjoying the success of his album as his songs continue to climb the charts. He thanked each and every person who worked on the album.