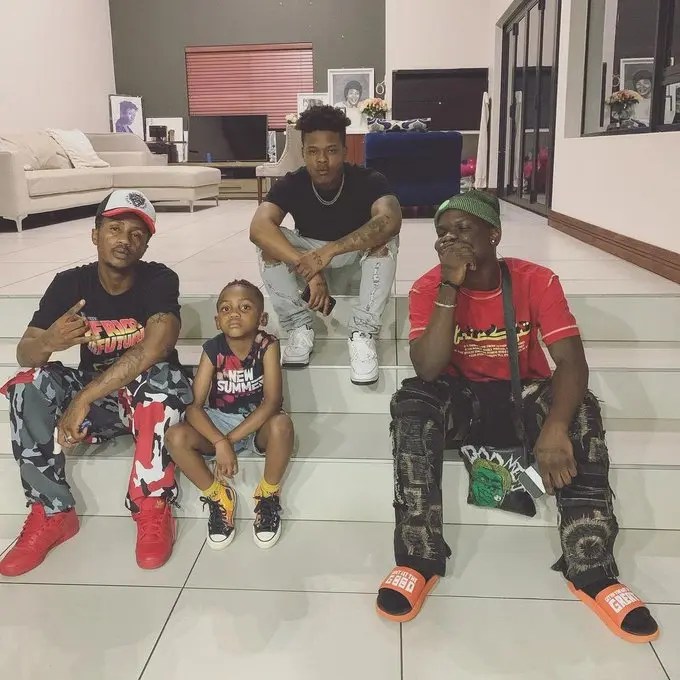 Emtee introduces his first son, Avery into the music business as he worked with Nasty C and Blxckie in the studio.

Avery is one of the youngest producer in South Africa, as the Trap King unveiled him as his executive producer.

“Avery is an executive producer. Believe it or not I ask for his opinion in between sessions if he’s in the cut,” the father of two said.

The rapper is super elated that his Grade 1 son met and worked with two rap stars; he even shared a snap taken with the two G.O.A.T

“My son is way ahead of his time. Always surrounded bY real life goats,” he wrote.

Even when Def Jam Africa record label failed to get his son’s name right, the star corrected the label.

Emtee rates his son high and he’s initiated him into the music business at the age of 6.