Emotional Somizi opens up after losing it all

Emotional Somizi opens up after losing it all 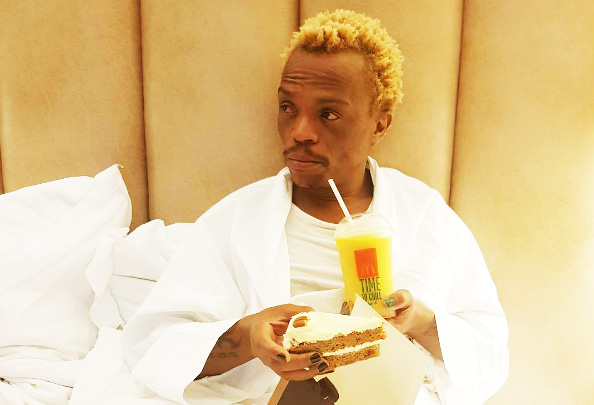 To all the sermons preached this Easter weekend, Somizi wants to add a lesson from his own life about not giving up.

Somizi, who has been open about his tale of coming out stronger after losing it all, recently shared with Metro FM listeners how he was at his lowest but never gave up.

The star recounted how he once auditioned for the South African Music Awards (Samas) ceremony, but smudged his audition brief in the taxi on the way to the venue.

“I ended up doing the lines from my head and didn’t get it. But you know what? The next year I choreographed the Samas, and hosted it for three years after that.”

He added that those doors would not have opened for him if he had given up at the first hurdle.

He also shared how he was tasked with choreographing the opening and closing ceremonies of the Fifa World Cup in 2010 but did not have a computer, which was normally used, to plan it out.

“I refused to give up. I did it with my own hands, the formation, and they came out. To date, we have had the best opening and closing ceremony. That, for me, says that anything is possible, nothing can stop you, if you have a vision. Nothing.”

Somizi reflected on the impact the event had on him in a post last year, saying creative organiser Lebo M gave him a shot that changed his life.

“Something that a lot of people don’t know is that this day changed my life for the better. It resurrected my spirit, my career and my self-esteem. Before this day I was counted down and out by some, until this man (Lebo M) saw something I had completely buried.

“I had given up on ever choreographing anything when he called me and said, ‘Somizi I would like you to be the head choreographer for the Fifa World Cup opening and closing ceremony, and I know you can do it’.”

The star has gone on to cement himself as one of the most successful celebs in Mzansi, scoring a cooking talk show, shoe deals and launching a cookbook; all within the last year.

He recently hinted at opening his own restaurant, sharing a video on Instagram of him seemingly going through designs for the venue.

Somizi has often tried to inspire his fans through his social media pages.

Earlier this year he shared how he once had and “lost it all” and urged his followers to “keep knocking or build your own door”.

“Onendlebe uzongizwa: whoever has ears will hear me. I once had it all, lost it all. I grew up poor as well, and now I am not. Moral of the story: work hard, believe, have faith; stop complaining, keep knocking or build your own door. No excuses, pray,” tweeted the star.