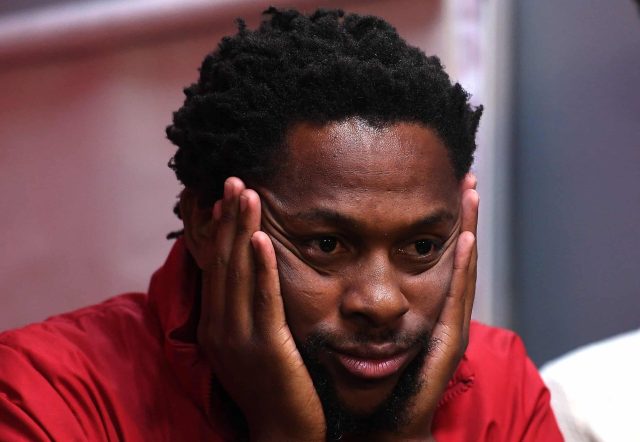 Social media is in a frenzy and currently divided over rape allegations against EFF member Dr. Mbuyiseni Ndlozi. Daily Sun has reported that a 23-year-old woman is accusing the politician for raping her last week Friday.

The woman opened a case against Ndlozi who in a statement said she was allegedly raped by a man who called himself Quinton. They were apparently at a posh Sandton penthouse for a party. The publication revealed contents of her written statement where she says 10 minutes into the party, she got approached by “Quinton” who then kept her company and together enjoyed a few drinks.

After the party, the departed the penthouse to party at a different location with the said man and his friends. The young woman then says at around 3:30 she felt “dizzy” and went into one of the bedrooms. The man then apparently approached her and offered to assist. But she blacked out and could not remember a thing but when she finally regained her senses, she found the man on top of her and they were both naked.

“The complainant alleged she was invited by a friend to join them at the party in Rivonia. The place closed and they stayed there until the next morning at about 1.30am. Some of the guys suggested they continue with the party somewhere else…During the conversation and interaction with Quinton, it became quiet at 3.30am. She remembered Quinton coming to the door asking if she was okay. The other girls were in their rooms,” parts of her statement reads.

The part which left social media users puzzled was that the woman claims to have googled a man named Quintin and Mbuyiseni Ndlozi popped up. His middle name is apparently Quintin so the woman put two and two together. Before searching the man’s name, she had asked around about the man but the women with her did not know who she was talking about.

The EFF member is adamant that the allegations are false, telling Daily Sun he was not at a party in Sandton. To him, this is a case of mistaken identity but will be cooperating with investigators to resolve the case and absolve the serious charge against him.

He wishes Quintin gets caught and gets locked up in jail for a long time, “It’s a terrible instance of mistaken identity. I, however, offer my full cooperation and will do the same should police contact me. I hope the actual perpetrator is found and sent to jail for a very long time,” he told the publication.