EFF’s Floyd Shivambu out to get whoever fired Robert Marawa

EFF’s Floyd Shivambu out to get whoever fired Robert Marawa 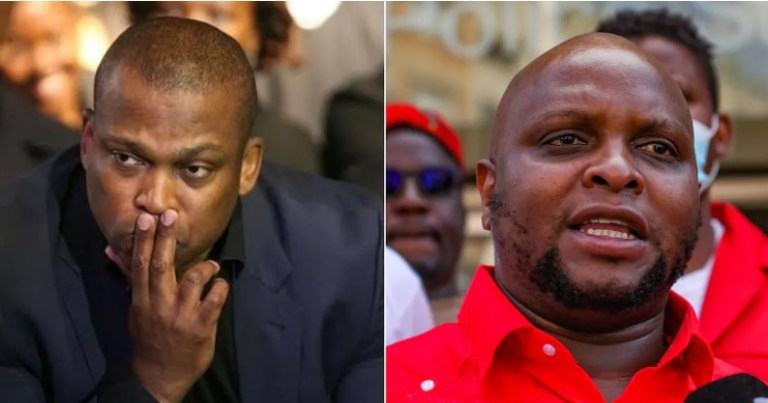 Floyd Shivambu, who is a leader for the EFF says that he wants to know who’s responsible for the sacking of Robert Marawa at the SABC. After the ending of his show MSW (Marawa Sport Worldwide), which he presented on Metro FM and Radio 2000 on Fridays, the broadcaster parted ties with the sports presenter. “Who is this cabal in SABC Sport Live and the SABC which continuously mutilates the broadcaster’s capacity to attract and keep as many listeners and viewers as possible?” said Shivambu on social media.

Marawa posted a WhatsApp text message where he interacted with SABC acting station manager Kina Nhlengethwa in which he was told not to come back to work for his final programme with them. While many followers were shocked by the announcement, Shivambu pushed Marawa to name the cabal. “You, Robert Marawa, understand the space and broadcasting craft and many people appreciate it. Name the cabal, we’ll act,” said the EFF deputy president. The public broadcaster has sacked Marawa for the second time after the two parted ways in 2017. Nhlengethwa advised Marawa not to report for duty and that his last show had been cancelled in a text message, which he shared on Twitter.

Who’s this cabal in the @SABCSportsLive & SABC, which continuously mutilates the broadcaster’s capacity to attract & keep as many listeners and viewers as possible. You @robertmarawa understand the space & broadcasting craft and many people appreciate. Name the cabal, we’ll act! https://t.co/z7XEdcV3on