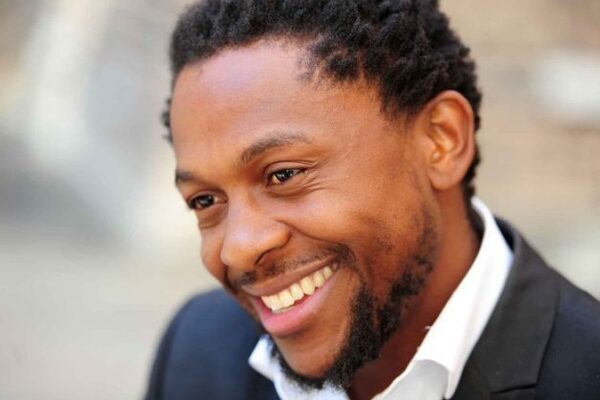 Police confirmed that EFF MP Mbuyiseni Ndlozi was not a suspect in a rape case opened at the weekend, as had been reported

The EFF has dismissed rape claims levelled against MP Mbuyiseni Ndlozi, saying this was part of ongoing co-ordinated attempts to criminalise party leaders through false and malicious allegations.

Police on Monday confirmed that Ndlozi was not a suspect in a rape case that a 23-year-old woman had opened with Gauteng police. Based on the woman’s affidavit, the Daily Sun reported that a complaint had been opened against Ndlozi.

SAPS spokesperson Brig Mathapelo Peters said that while a rape case was indeed opened, Ndlozi “is not a suspect in this case”.

Peters also slated the writer of the story for not seeking police comment and for using the victim’s statement, “a legal and confidential document that can only have been obtained through unlawful and unethical means”.

In the Daily Sun article, Ndlozi was quoted as saying that he wasn’t at the Sandton address where the incident took place.

“It’s a terrible instance of mistaken identity. I, however, offer my full co-operation and will do the same should police contact me. I hope the actual perpetrator is found and sent to jail for a very long time,” he was quoted as saying.

Responding, Daily Sun editor Mapula Nkosi said that the reporter did contact police, and was informed that the request for comment was sent to Peters, who the paper says didn’t respond to the questions by the time of publication.

“In the statement, police confirm that a case of rape was opened as reported by Daily Sun. They also confirm that they are still investigating the case. Daily Sun stands by our story and condemns the attack by police on ‘The People’s Paper’ and the journalist,” she said.

In a strongly-worded statement, the EFF said the incident was an attempt to ruin Ndlozi’s reputation.

“The leadership of the EFF is fully aware that there are co-ordinated attempts to criminalise leaders … through false allegations of crime, including rape allegations,” said spokesperson Vuyani Pambo.

The party accused the Daily Sun of obtaining the affidavit illegally, and said it would support Ndlozi in pursuing a defamation case against the publication.

The party further accused the state of working with the media to link its leadership with wrongdoing.

“There are embedded elements in the state working with the establishment that are hell-bent on linking EFF leadership to crime because they think such will prevent the unavoidable meteoric rise of the EFF to political power here in SA.

“We call on all leaders of the EFF to be on alert because the enemy is out to get us. We send a very strong caution to the sitting president and his hunting dogs that we will fight with everything in our power to counter the unlawful and below-the-belt methods to fight political battles,” the party said in statement.

The party acknowledged that gender-based violence and rape were a huge problem in the country, but cautioned that it “must never be used to fight political battles”.

“The sitting government and the ruling party must caution their hunting dogs to stop using false allegations of GBV and rape to fight narrow political and factional battles. Society as a whole should reject the nonsensical misuse of the struggle against GBV and rape for political battles. It is unacceptable and must stop.

“We encourage commissar Ndlozi to remain strong and focused and continue with the economic excellent work he is doing on the ground and in parliament. All these shenanigans will soon be exposed for what they are,” the statement read.