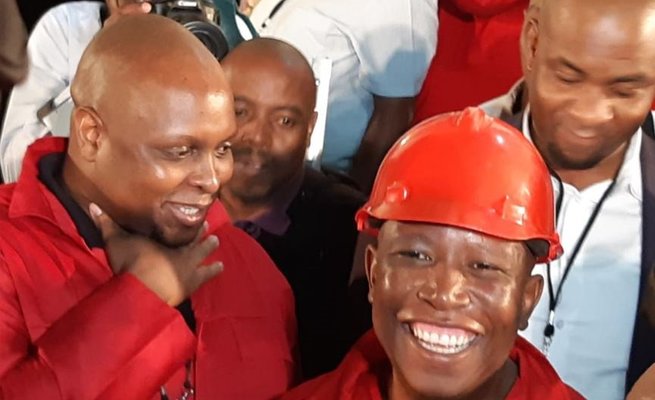 EFF leader Julius Malema is cracking the whip on a phalanx of EFF “lazy” councillors, MPS and members of provincial legislatures (MPLS) who have failed to meet the May 31 deadline to launch their branches.

News of their imminent removal from their cushy jobs came after EFF secretary-general Marshall Dlamini wrote a letter to all the structures of the party informing them that the deadline for the launch of their branches had lapsed and no branch meetings should be convened in future.

“This directive must be complied with in its entirety, further directive will be issued by the office of the secretary-general. Commissars and fighters are directed to ensure that this directive is communicated and understood with discipline by all structures and members of the organisation.”

Two sources, who did not want to be named for fear of victimisation, said that Malema was supposed to have held a meeting with the affected parties on Wednesday but postponed the meeting to Friday.

The letter, as you see it, was a strategy to prepare the ground for [the] removal of these public representatives from their jobs,” said the source.

Another mole said Malema had an overwhelming support from many EFF members who disapprove of sluggish performance by some party representatives.

“The commander-in-chief himself left everything and went to Seshego to launch his own branch there. So, what is so special about these ones?” asked the source.

Among those affected in Gauteng, according to the list circulated in party structures, are MP Tseko Mafanya, five councillors from wards in Merafong, three from Lesedi and three from Emfuleni, said the source.

EFF spokesperson Vuyani Pambo could not be reached for comment.