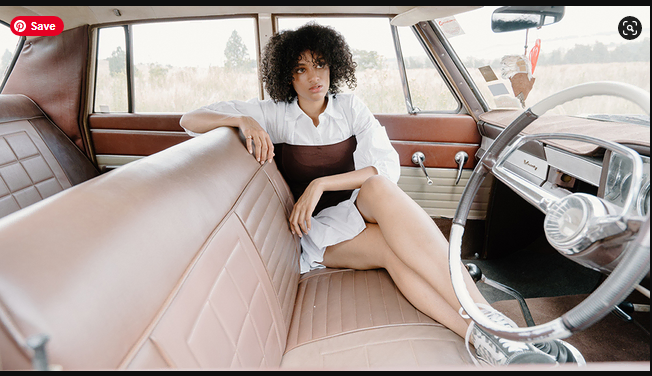 Dating or being in a relationship comes with its ups and downs and pressures.

However, relationships in the 21th century are not like the ones back in the nineties.

With social media and the major emphasis on living digitally, relationships are harder than before.

One local musician is tackling the difficulties in her music.

Kiesha may be new on the scene but she is already turning heads.

Introverted and artsy, the 17-year-old is bold in her approach. Her debut single “Airplane Mode”, released this month, is a pop ballad with R&B influences. It is wishful, honest and speaks to issues around relationships in the digital age – platonic and romantic.

“Airplane Mode” is a commentary on her personal experiences with relationships and developing those relationships in the 21st century.

“Who needs healthy communication when you can put the world on ’Airplane Mode’? Many teens, including myself, have a hard time online differentiating between platonic and romantic feelings. A lot of the time, teenagers feel pressured into relationships,” she said.

Kiesha sings about wanting to isolate herself from the world and to put her life on airplane mode, as it feels like the best way to deal with the messy feelings that come with confronting the issue.

Open about her experiences so far, Kiesha, who identifies as bisexual, said that the majority of her relationships with males have felt forced.

“After 2020, I realised that I have a preference when it comes to dating.

“I prefer girls, and despite being attracted to guys, relationships with them are always forced and unnatural.

“However, I still feel pressured into dating guys because my friends and family support my relationships with men more than women.

“Most of the time, I wish I could switch off everyone and escape somewhere where I don’t feel pressured into liking anyone at all,” she said.

Due to the pandemic, the song took almost half a year to write. Despite a lengthy process, Kiesha said she was completely happy with the final product and is excited and proud to take it to market.

“It was every bit worth it. Waking up and knowing I can work on something I am passionate about motivated me during the lockdown.

“The pandemic disrupted a large part of my routine but being able to make music made me feel productive during stressful times.

“I’ve written two or three songs in my free time but writing this one was different because I was digging into parts of my personality that I didn’t realise were hidden,” she added.

When asked why she decided to release “Airplane Mode” as her debut single, she said, “It is the best thing I’ve ever created.

“As an artist, I’m constantly creating little pieces of what I consider ‘gold’ and this particular piece represented me as an artist.

“In my opinion, there is no better song to release as my debut than this because it represents me as a person and the energy I’d like to contribute to the world.”