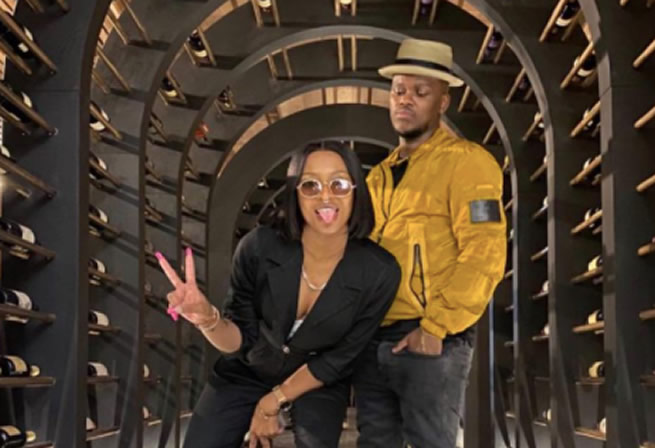 Jiyane, who has a five-year-old daughter with rapper Kiernan “AKA” Forbes, is said to be six months pregnant and over the moon.

Mohosana, the other half of the popular duo Black Motion, also has a son who was born recently. The couple, which has been dating for just over a year, has been keeping the news under wraps with only close family members and friends in the know.

When we first reported about their relationship in June last year, the couple denied it.

However, in March this year Jiyane, while making a speech during the launch of the video of her latest single Indlovu, thanked Mahosana for his unwavering support, calling him “baby”.

Sources close to the couple revealed that the My Name Is hitmaker found out about the pregnancy in March, but was waiting to make the mother of all reveals in a mini-documentary she and Mohosana are working on.

“She has been hiding her baby bump for an impressive six months despite attending numerous public events. She wears loose-fitting clothes,” said the source.

Another source said except for morning sickness, Jiyane was very happy with the pregnancy. “Bongani is taking very good care of her, something she did not experience in her previous pregnancy. Bongani is answering to her every whim. He will make a great dad. He loves kids.”

The couple met through a mutual friend while recording a song. “It was instant sparks from the day they met until now. He is nice to her and gets along with her daughter,” said the source.

Another source said the couple is keeping details of the baby’s sex and due date a secret for now. “I think most details will be revealed in the docu-series they are shooting,” said the source.

Another source added that the couple will be travelling to Kwazulu-natal to shoot some of the scenes for the documentary and to talk to her family about their future plans.

“They are going to officially tell her family, though most of Zinhle’s family members and friends have met him and like him already.” The source said that plans were in place for Mohosana to pay lobola for Jiyane after the birth of the baby or just before, depending on their arrangements.

Mohosana refused to comment, saying he does not discuss his private life in the media.