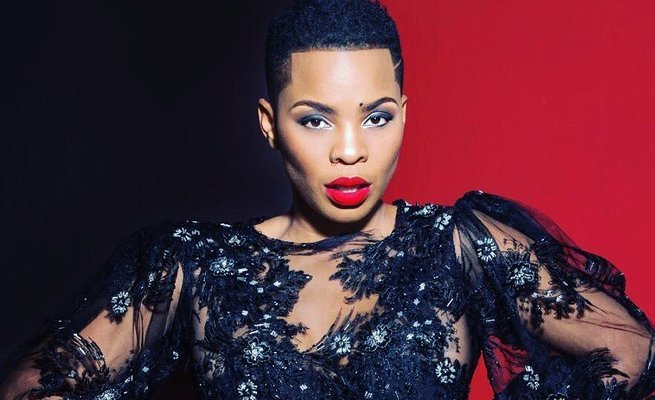 Department of Sports, Arts and Culture spokeswoman Masechaba Khumalo’s home was turned into a boxing ring when her ex-boyfriend allegedly moered her current bae on Friday night.

The ugly incident, in which Masechaba told police that her tooth fell out as she was trying to play referee, took place in Randburg.

The 37-year-old spin doctor, who recently embraced a spiritual calling to become a sangoma, opened a case of common assault at the Randburg Police Station.

According to the version of events contained in a police statement, the former Metro FM presenter responded to a knock on the door from her ex while she was with her family. The statement further revealed that she told him to leave because she was praying.

“On Friday, 26 February at 11.50pm, the complainant was in the house with her family when her ex-boyfriend knocked at the door. She told him to leave because she was busy praying,” read the document.

Her ex appeared to have left for a brief moment, only to come back.

“He went away for a few minutes, and then came back. He walked around the house and looked through the sliding door.”

She further told police that her ex knocked again in a harsh manner before allegedly beating up her boyfriend, identified only as Mr Mbatha.

“He then came straight to the door again, and he knocked harshly. She opened and her ex-boyfriend allegedly started beating up her partner. She tried to stop him and he pushed her away. This resulted in her front tooth falling off. She picked it up and put it back on. Her partner was bleeding and sustained some injuries on the face. She has a restraining order against the suspect.”

Masechaba declined to comment, only saying “the matter is now in the hands of law enforcement authorities”.

Police spokesman Kay Makhubela confirmed that a case of common assault was opened and the matter was still under investigation.