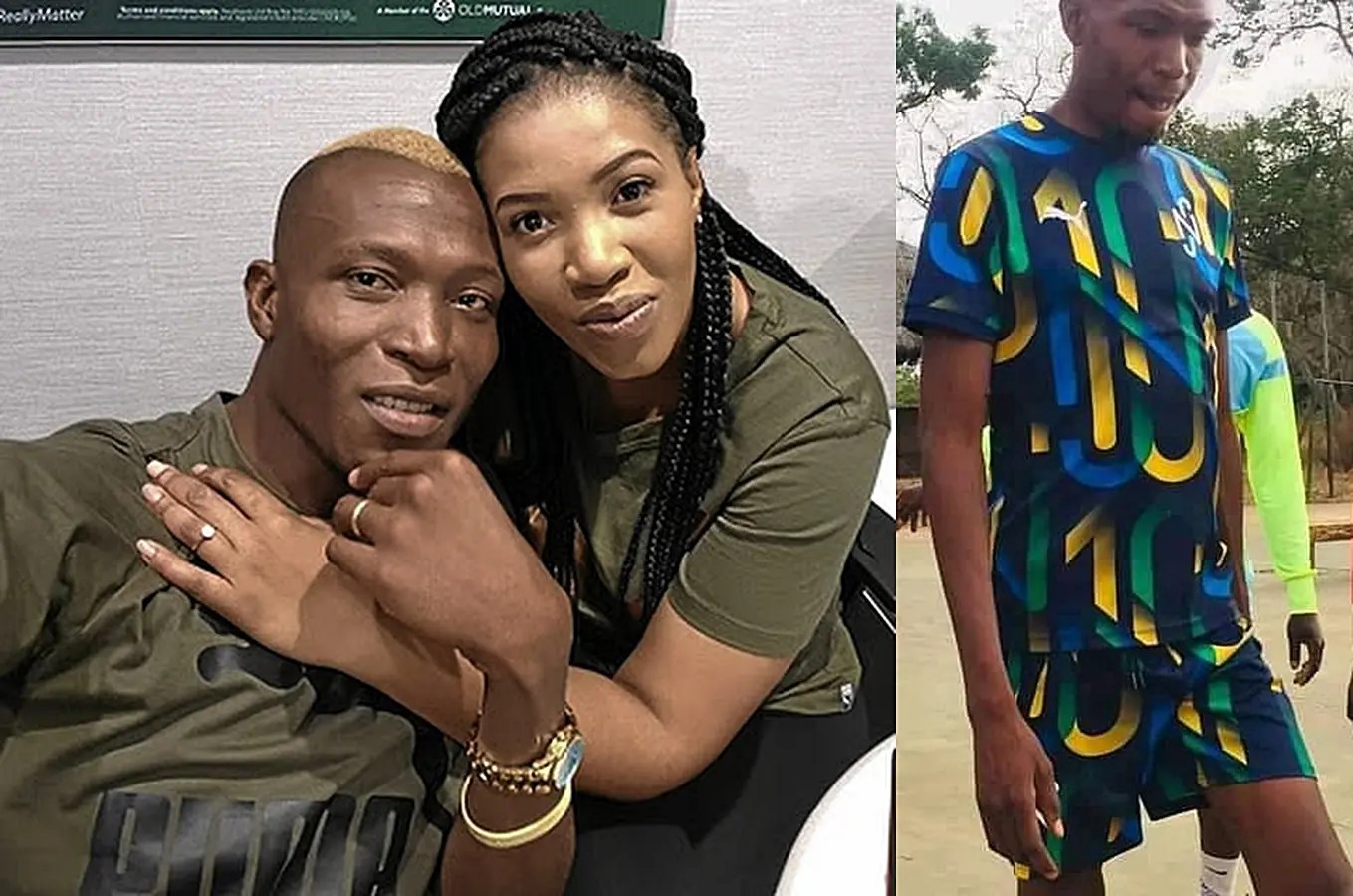 Former Warriors striker Tendai Ndoro has lost ‘everything’ after he was kicked out of his home and taken to the cleaners by his South African wife, Thando Maseko. The former Chicken Inn and Orlando Pirates forward is reported to have registered all his properties in his wife’s name.

Following a massive fallout between the two, Maseko is said to have thrown Ndoro out of the couple’s home in the upscale Kyalami Estates in Johannesburg, South Africa. She is also reported to have taken full possession of all of the couple’s vehicles, as they were registered in her name.

The issue of Tendai Ndoro being taken to the cleaners by his South African wife was revealed to a Zim weekly publication B-Metro by one of Ndoro’s confidantes. The source who spoke to the publication on condition of anonymity said,

“It appears Ndoro’s property in South Africa is not registered in his name, so when things were not going well with his wife, he was kicked out of their Kyalami Estate home. The biggest mistake he made was not registering the house and cars in his name, and that will be his downfall.

“Ndoro’s family in Bulawayo are distraught about the situation because it can’t be easy to watch their son lose everything he worked hard for in South Africa and Saudi Arabia to his estranged wife.”

Ndoro has been making headlines of late after images leaked online in which the footballer appeared to have lost a lot of weight. The photos suggested that Ndoro may be struggling with his health. According to the online publication Soccer24, the footballer had been recuperating in the mining town of Shamva, in Zimbabwe’s Mashonaland Central province.

Following the circulation of the images and reports of Ndoro’s ill-health, some opined that the former Orlando Pirates striker is struggling.

This prompted South African businessman and former Mpumalanga Black Aces owner George Morfou to offer to help the footballer. George and his brother Mario were responsible for introducing the 36-year-old striker to the SA Premier Soccer League (PSL) when they signed him from Zimbabwean football club Chicken Inn in 2013.

However, last week, Ndoro denied reports that he was struggling financially. He also insisted that he was only in Zimbabwe briefly to visit his mother and that he would soon be returning to his family in South Africa.

“I don’t want to speak to the media. I’m in Bulawayo. I came back from South Africa to visit my mother. I’m actually in Bulawayo, and I will be going back to South Africa soon. My family is in South Africa, and why should I stay long in Zimbabwe,” claimed Ndoro.

On the other hand, the source insisted that Ndoro is struggling and had been given a cash bailout by his close football associates. The good Samaritans who came to Ndoro’s rescue include Aston Villa midfielder Marvellous Nakamba and Supersport midfielder Kudakwashe Mahachi.

“Just last week, when the Warriors were in camp, several players that include Marvelous Nakamba and Kudakwashe Mahachi pampered Ndoro with cash. The players openly expressed their concern about Ndoro’s plight hence the gesture of giving him cash.”