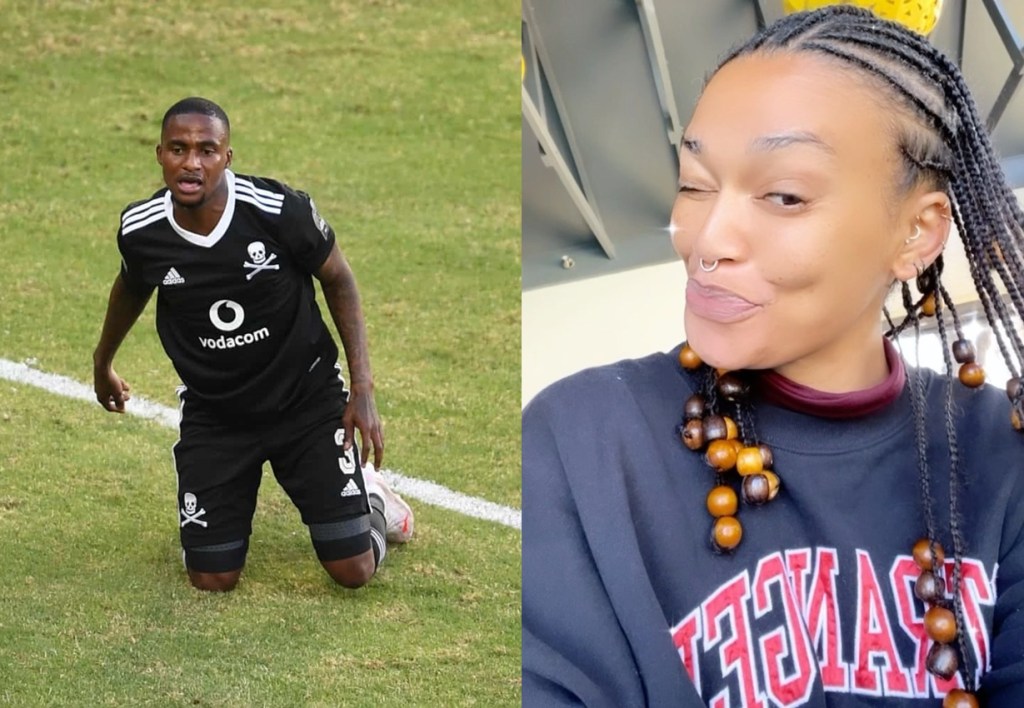 While Thembinkosi Lorch was unable to play after suffering a shoulder injury in the week leading up to the game, Pearl Thusi showed him no mercy, comparing him to a “nkomo” which means cow when translated to English.

The Queen Sono star posted a picture of a cow to her Instagram with the Orlando Pirates logo on it, saying she will delete the post later. She also jokingly said the team was “swallowed” as they were beaten by Moroka Swallows. 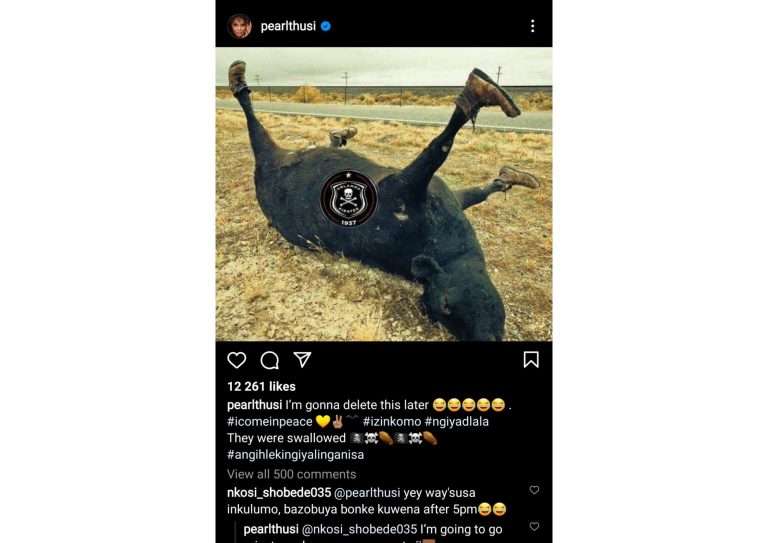 When translated to English, her hashtag read “I’m kidding”.

In another post she paired the picture of the cow with the midfielder and asked her four million followers to spot the difference, hinting that there was no actual difference. 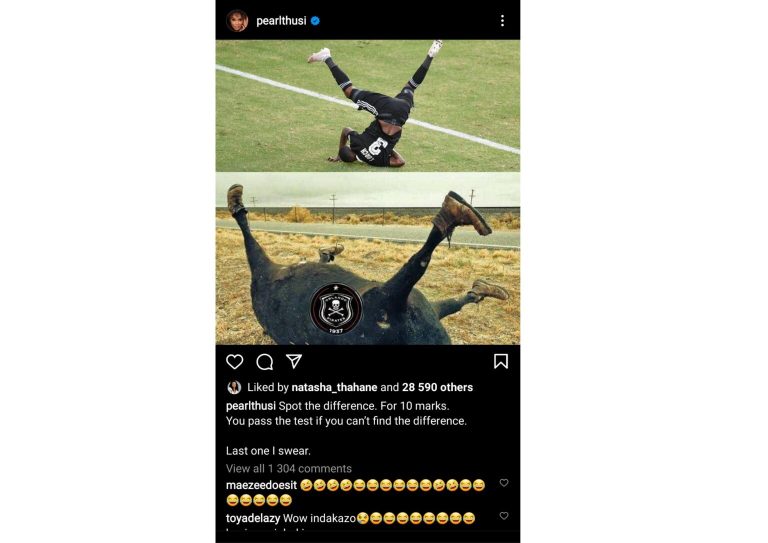 PEARL THUSI CALLS OUT NATASHA THAHANE
In another post, the actress posted a video of a skeleton struggling to hold it together and asked Lorch’s girlfriend, actress Natasha Thahane to swipe left to a picture of her boyfriend.

“Someone please tag Natasha and ask her to swipe quickly 💛(If she blocks me please tell her I was hacked ),” wrote Pearl Thusi. 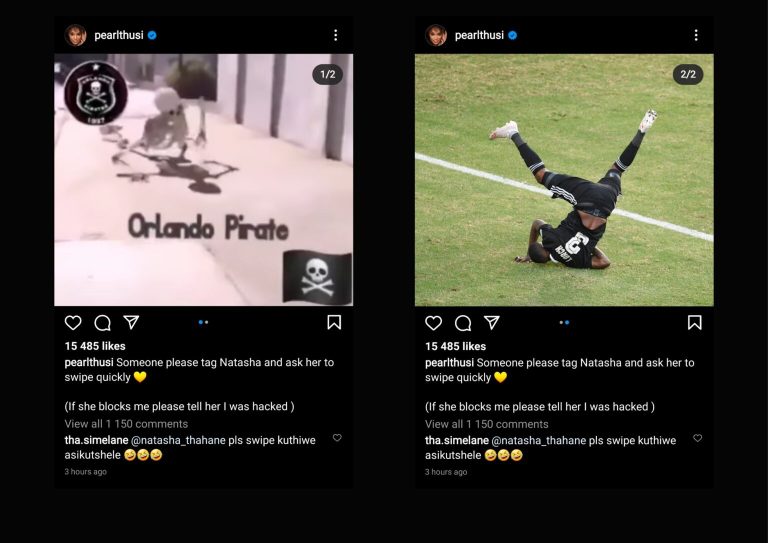 Natasha Thahane were rumoured to be broken up after removing each other’s pictures from Instagram last week. However, the couple clapped back at the rumours by sharing videos of each other on their Instagram stories. The couple first went “Instagram official” after the Twitter Police called them out for privately being on baecation together in Zanzibar, in June.

The Blood and Water actress was previously blamed for her boyfriend’s performance during the Soweto Derby earlier this month as Tweeps claimed she has been distracting him.