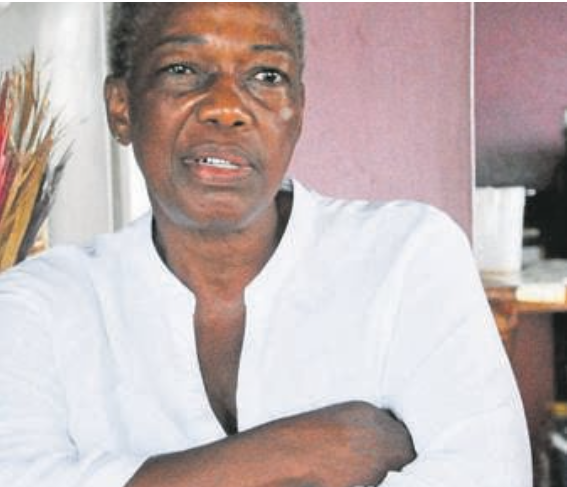 Mampintsha’s mum, Zama Gumede, has accused Babes Wodumo’s sister and manager, Nondumiso Simelane of being the mastermind behind the “disrespect” towards her.

She said Nondumiso was the bad influence, which had affected her relationship with her son Mampintsha, real name Mandla Maphumulo.

“Nondumiso gives Babes bad advice. As an older sister, she should be a good example. I believe she encourages Babes to disrespect me as her mother-in-law. This has also affected the relationship I had with my son because he takes his wife’s side,” said Zama.

She further said Nondumiso was rude to her after she asked for payment for appearing on Babes and Mampintsha’s new reality show, Uthando Lodumo.

“Nondumiso asked for my part on the show and I agreed because I believed I was going to get paid. After the shoot, I asked her when I was going to get my money. Then she told me I didn’t sign anything about payments, so I must forget about getting paid. I didn’t believe the tone of her voice. That girl is rude. I wonder how she talks to her parents,” said Zama.

Last week, Zama told Daily Sun that she had heard from strangers that Babes and Mampintsha had a baby boy. She said Mampintsha had neglected her after she lashed out at Babes, whose real name is Bongekile Simelane.

Nondumiso said those who signed the contract would get paid, but not Zama.

She refused to mention the names of those who had signed, and to respond to Zama’s claims that she was bad influence.

“I’m not going to respond to her claims that I’m the reason she’s being disrespected by Babes. That’s her opinion. If that’s what she thinks of me, it’s OK,” said Nondumiso.

Babes recently posted a video on Instagram, referring to herself as Mama kaSpontshi (Spontshi’s mum).

This was interpreted by the public as her way of lashing back at Zama, since she had accused her of putting sponges on her stomach to pretend that she was pregnant.

Mampintsha’s manager Sbu Ncube said that he is not going to comment on Zama’s payment complaint, saying he is only aware of Mampintsha and Babes’ payments arrangement.

“I can’t comment on Zama’s issue since I know nothing about it,” said Ncube.

He also refused to comment on all the claims by Zama, saying it’s a family matter.