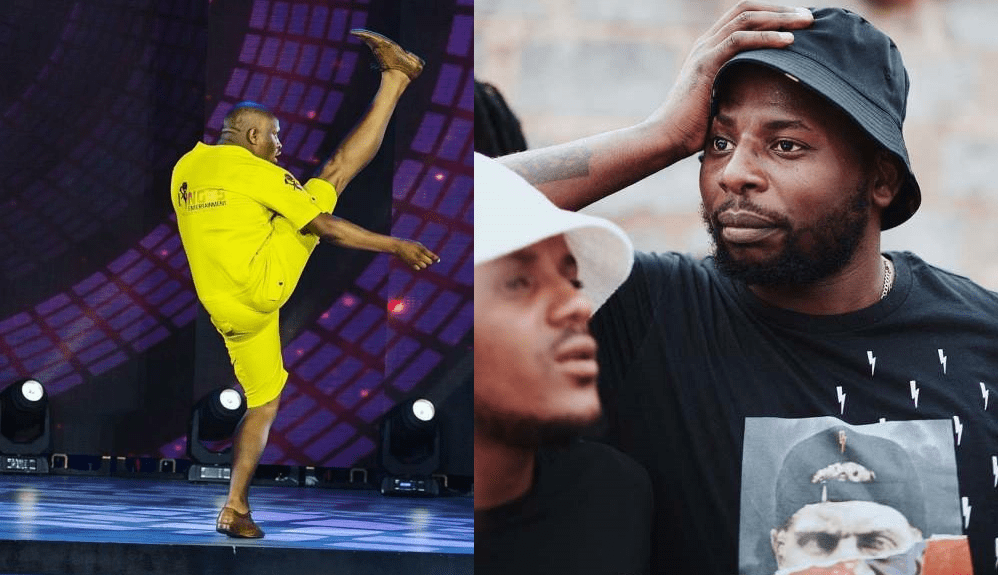 Dr Malinga has responded to DJ Maphorisa‘s recent Facebook LIVE rant warning him to “stop hating on him or else”, saying he doesn’t take kindly to threats against his life or safety.

This comes after Maphorisa took to Facebook LIVE on Monday saying he didn’t understand why the Via Orlando hitmaker had a tendency of hating on him. In the LIVE, the DJ gave Malinga an ultimatum demanding he be transparent with how he feels about him or he would take the matter to a different level.

“Even you Malinga stop watching my show [live]. Malinga is on and off. You have to be fcken straight with me. It’s either you hate me or you love me. It’s either we fix this thing, we just be nice people from Pretoria or just leave us alone. When we bump into each other let it pop of once, I [could] take guns and leave with my security. You must fix this thing of yours. .I don’t know why you fcken hate me or you hate my success,” he said.

TshisaLIVE reached out to DJ Maphorisa regarding this comment but did not reach him at the time of publishing this article.

Responding to his bluster, Dr Malinga took to Twitter saying DJ Maphorisa owed him an apology.

My dream is to meet DJ MAPHORISA so you can shoot me with (GUNS) as he promised or apologize,coz i don't know what I've done now🙏
Thanks bye

Speaking to TshisaLIVE, Dr Malinga said he was watching the LIVE and was unimpressed by his threat.

“He’s acting like a gangster now. I could open a case against him any time I want but I’m waiting for him to apologise. If he doesn’t apologise I have to open a case. I won’t be threatened to be killed. If someone kills me with a gun people will think it’s him. He’s busy jeopardising what he worked hard for. He worked very hard to mention guns. We don’t have to be like that,” he said.

Dr Malinga said he was confused about where their sudden feud had stemmed from because he never said anything bad about the producer.

“I just wrote on my personal Facebook that he is the king of amapiano. Looking at how ‘piano is there today because of him’. I never said anything wrong about him. I don’t have bodyguards because I don’t bother anyone. I’m not scared. I’m just surprised what I did to him. Why did he even say such to me because I spoke to him a long time ago. Maybe there are people who told him something about me. I can’t be against the success of Maphorisa, that guy is a hard worker so I can’t be fighting such.

“If he doesn’t apologise, that means I have to confront him, I don’t know where I will get him. I’m a family man so my family will know where I am if something happens to me. I have five kids. That means you’re telling my kids that you can take their father. He must never promise me guns. I’ve been trying to call him. He’s not answering,” Dr Malinga said.

FOCALISTIC YOUR ATTITUDE IS UGLY LIKE YOUR FACE 😡
THANKS BYE.

Speaking on his Twitter post about Focalist’s attitude, the singer said he had mended things with the amapiano star and preferred to let it be bygones after he apologised.