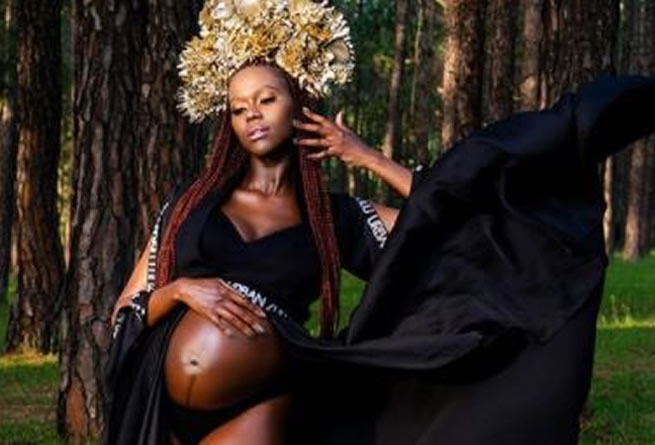 “When I lost my first child I was told I’ll never be able to carry and birth a child, how final right?”

The Queen actress Sibusisiwe Jili has revealed she’s expecting a bundle of joy and has described her pregnancy as a miracle.

Sibusisiwe announced the exciting news on Instagram through a series of snaps, showing off her baby bump.

She also detailed how she was told by doctors that she would never be able to fall pregnant after losing her first baby.

“So … this is the special shandis I had to share with you. When I lost my first child [age of 17] I was told I’ll never be able to carry and birth a child, how final right? But, I was not having it, no doc, you are not deputy God,” Sibusiswe said.

She added that after hearing the doctor’s news she got down on her knees and prayed.

“God, when you are ready for me to have a child, please bless me with a boy. Ten years later I gave birth to a healthy but premature Onke who just turned five on Sunday, no incubator, no complications and now baby number two is fighting for womb time breaking my record at a whopping eight months without any complications.

“My joy and excitement cannot be contained, the blessings are beyond me and I just want to take this moment to thank everyone in my life for the continued support.”

Known for her role as Georgina on Mzansi Magic’s hit telenovela, the excited mother-to-be added that she was grateful to those who have supported her through her journey.