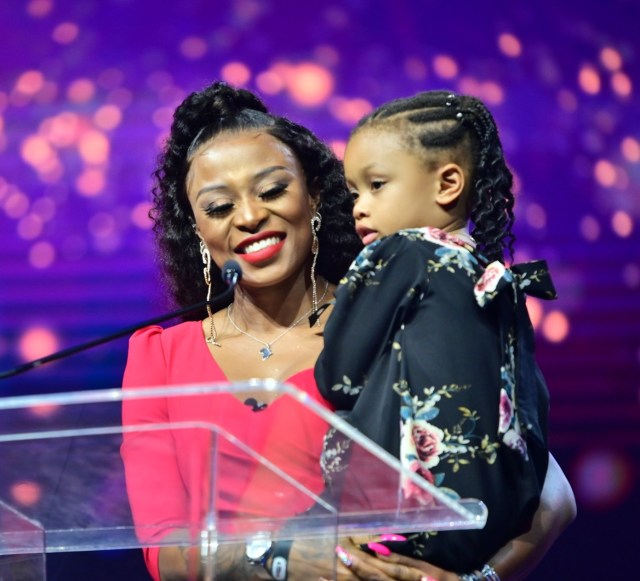 South Africans took to Twitter to share their thoughts after a video of Kairo Forbes who is the daughter of AKA and DJ Zinhle. This clip left many fans in stitches as she hilariously shared a response to her mother that left her and the other people who were in the room shocked. DJ Zinhle wasn’t sure what she had just heard from her daughter so she went on to ask what she just said and to her dismay, she repeated living her defeat.

The young Kairo can be seen having fun in her mother’s DJing equipment, however, Zinhle instructed her in Zulu to go and bath to which she replied ‘DJs don’t bath mama’. This left many fans in stitches and tweeps took it literally as they went to hilariously sharing that she was firing se shots. This is definitely not the case and by the looks of things, she said to try and get out of the instruction to go and take a bath and was probably looking for a plan to spend more time testing out her DJing skills.

South Africans were only too happy to have with this clip as many proceeded to troll Djs with this statement. DJ Zinhle and the people in the room were just as defeat as fans, however, this was clearly innocent from Kairo’s side and she didn’t mean it in a bad way considering that her mom’s primary is also being a DJ.

Judging by this clip, Kairo is definitely enthusiastic about music or DJing so much that she came up with an excuse to skip a bath. This will be a good need for her parents who are both musicians and they will probably be happy to see that she is interested to learn at such an early age. She shouldn’t have too much trouble exploring this aspect if this is something she is passionate about in the lmf run and both of them would be happy to assist in her journey.

The music industry is a grueling world and it would make sense if her parents don’t want that for her having experienced it first hand. This is common for parents to encou8thsir children to forge their own path, however, they won’t be able to suppress her should she chose to follow music seeing that she is already exposed to it and the limelight she owns an Instagram account with 1 million followers.