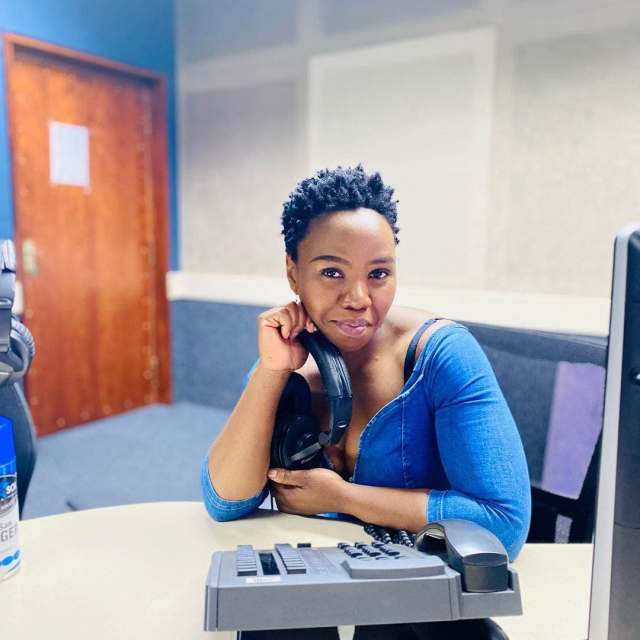 On-air, she’s jovial and vibrant with a smile that can melt any heart. But behind that smile, Umhlobo Wenene FM DJ Zintle Mbusi has been nursing a heartache.

The Sijikilanga presenter has opened up about the abuse she suffered at the hands of her ex-lover.

On Monday Babe Zee, as she’s affectionately known by listeners, left her fans shocked after she posted a YouTube video pouring her heart out about an incident that happened a few years ago.

In the video that she captioned “How I experienced abuse at the hands of an X”, Zintle spoke about how a friendship with the man, who would later turn out to be her abuser, blossomed into love.

“We started out as friends. We were both single at the time and decided to date.

At first, everything went smoothly and the signs were not immediately there,” said Zintle. But as time went on, the ex-lover started being possessive to a point where she felt “suffocated”.

“I warned him that if he didn’t give me space to breathe, I would end the relationship. But it would seem that I was fuelling the abuse fire. He would demand to know my every move – where I am or who I’m with,” she said.
Zintle said the physical abuse started one day after she had done a show where she was standing in for the late Saba Mbixane.

“A male friend, who is a maskandi artist, called to congratulate me on how I handled the show. The moment I put the phone down, he pulled me by my hair.

That was when the physical abuse started. And more was to follow.”

Zintle said from then on, she experienced a lot of physical abuse and damage to her property.

She said the last straw was when he stole R200 000 from their joint business account.

“We had about R800 000 in our business account. I got the shock of my life when I checked and discovered that he had gone behind my back and stolen the money. I almost collapsed from shock,” she said.

Another incident happened at the radio station studios when the ex-lover rocked up while Zintle was live on air.

Without uttering a word, he unleashed punches on Zintle, leaving her with a bruised face.

She said every time she opened a case of assault against him, he’d play victim and deny it.

“He was very handsome and a smooth-talker. I guess that sometimes worked in his favour,” said Zintle.

It came to a point where she got tired of reporting the abuse.

When contacted by the publication yesterday, Zintle said: “I am not sure I want a story about this whole matter.”