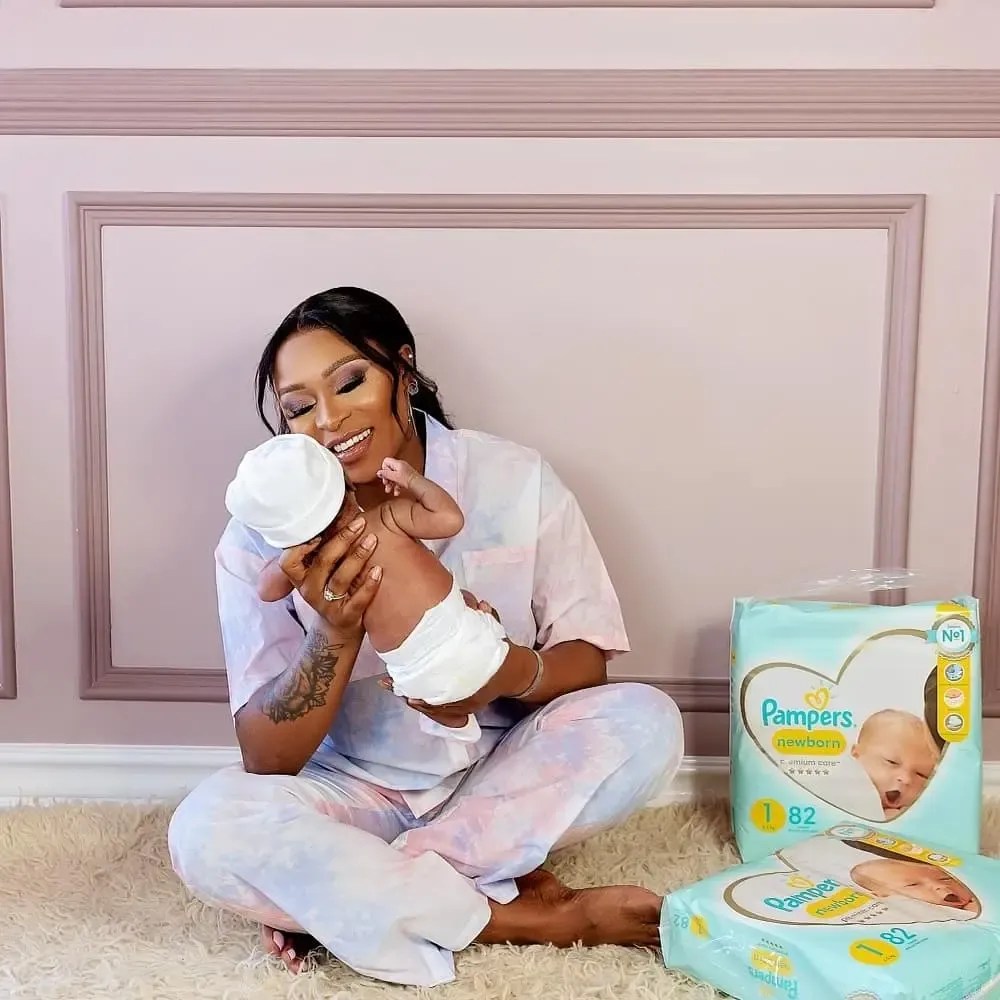 Motherhood is said to be the most rewarding journey any woman could go through. But the rewards also do not come easy and DJ Zinhle can probably attest to that. The entrepreneur welcomed her second baby Asante and she is already showing her and baby daddy flames.DJ Zinhle

DJ Zinhle is now a doting mother of two baby girls and her baby daddy Murdah Bongz is with her every step of the way. Taking to social media, they shared their parenthood journey so far and it is not easy. According to Zinhle, nursing Asante is not a walk it in the park and that people should have warned her that breastfeeding is not the nicest thing to go through.

“Breastfeeding kicked my a**, Wow!” she exclaimed. “Someone should have told me how tricky it could get. Anyway I wont eventually, but Wow,” she added. 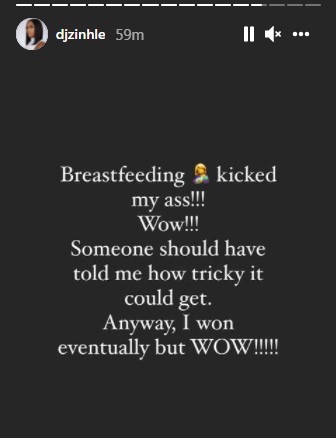 Another thing that throws many parents off is of course the lack of sleep and the constant crying in the middle of the night. DJ Zinhle and Murdah have been turned into zombies by their daughter Asante. 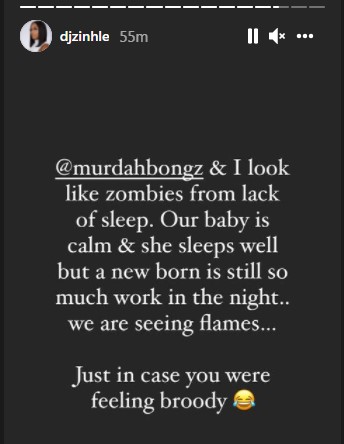 Murdah Bongz and Zinhle might be the perfect couple and be the greatest parents but they will never be husband and wife. This according to Zinhle who does not want to get married to Bongz or anybody for that matter. On her first ever reality show on BET Africa called The Unexpected, Zinhle reiterates for the umpteenth time that she does not want to get married. This after her family kept on pestering her to get Bongani t marry her.

“And they wonder, my sister, when are you getting married? Said Zinhle speaking to the cameras.

“But I want to do the right thing.” Said Murdah to DJ Zinhle. An uninterested Zinhle said, “But the thing is, the right thing for who? Like…No!” She responded.

On her reality show, fans got to know more about Africa’s number 1 DJ and what goes on in her life. Zinhle had spoken about her relationship with AKA saying it is non existent but they are just parents to Kairo. She continuously gets dragged into his life when drama unfolds and she has had enough.

Speaking to bestie Moozlie, Zinhle said “This is something that is happening in Kiernan’s life but because Kiernan and I have a child together, it ends up affecting me. Kiernan has lost someone he loves and now people are making it about me,” said Zinhle.