Watch: Dj Tira Takes Another Struggling Artist Off The Street

Watch: Dj Tira Takes Another Struggling Artist Off The Street 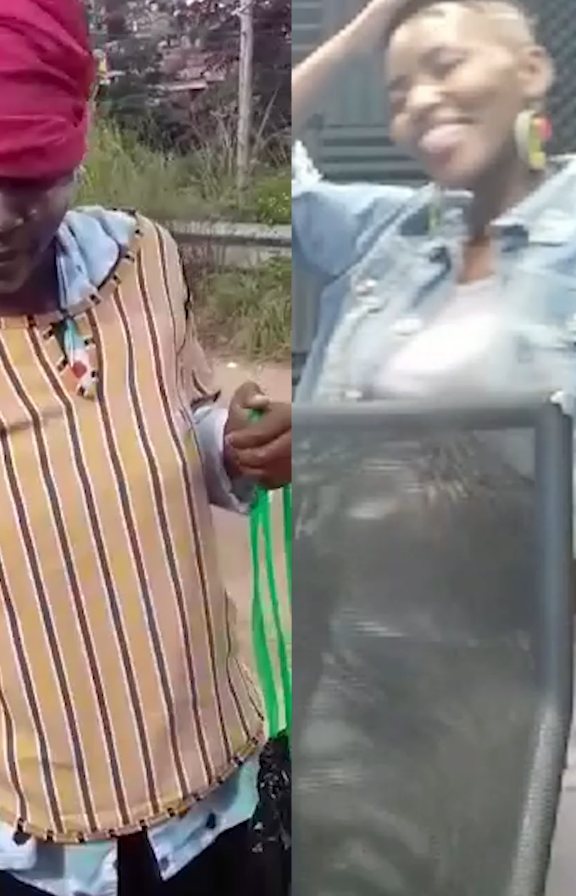 Music mogul Dj Tira is known for helping a number of upcoming musicians in his career. In recent years he has helped former Idols SA contestants Virginia and Viggie Qwabe, affectionately known as the Q Twins. He has also helped singing sensation Mduduzi Ncube of the hit Afropop song ‘isginci’.

In keeping with this mandate, Makoya Bearings has stretched out his arms and helped another amazing singer whose name is Fezile Zulu.
The talented vocalist is a waitress at Wimpy and her dream has always been to become a recording artist.

When Tira saw the video, he shared it on his social media platforms and set out to work with the singer. He then thanked music producer Mondli Ngcobo for working with them in order to make Fezile’s dream come true.

A big thank you to my brother @mondlingc for taking care of the production. Must we drop it or what???
Fezile – Sekwanele (Coming Soon)
Ezase….” he wrote.

Fezile has been working closely with Tira, Cici, Big Zulu and other artists on her single which dropped on Friday along with her EP titled ‘Izibusiso’.
Upon the release of Fezile’s debut song and EP fans and musicians alike applauded the Afrotainment boss for his great work.

@djladydu wrote: “I am for this, this what you do as someone we look up to. this I’m proud of, very good”

@mahlangulucy wrote: “Wow this is touching”

In recent years, Dj Tira’s name has been tainted by rumours and allegations that he is gatekeeping the Durban House music scene. During the short-lived reign of Gqom Music, DJ Maphorisa came out to expose some Durban musician for intimidating him and outright telling him not to touch the Gqom sound because he is not from KZN. Although Maphorisa did not mention any names, fans were convinced that he was referring to DJ Tira.

In 2018, when Cassper Nyovest had his #FillUpMosesMabhida concert, he later opened up about his terrible experience with some Durban musicians and the treatment he received. His fans, again were convinced that he was beefing with Tira, but in 20 19 he responded to those accusations in a tweet by saying: ”
“Me and Tira get money together. Been that way for years now. We just shot a lil online ad together.”

Recently both musicians took to their social media platforms to share a video of them listening to an Amapiano song and they looked both excited. Fans were just as excited.