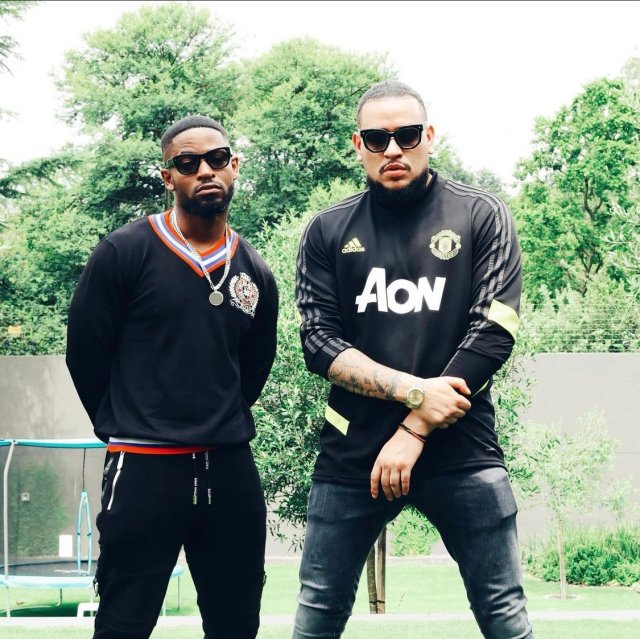 Kaybee sent a message of support as AKA continues to grieve the death of his fiancée Anele “Nellie” Tembe.

Nelli died on April 11 after allegedly falling from the 10th floor of the Pepperclub Hotel in Cape Town.

The circumstances around her death are yet to be revealed, with investigations ongoing.

AKA and Nellie got engaged earlier this year, and the rapper met the Tembe family a few weeks ago to negotiate lobola.

Those close to the rapper have been sending messages of support since Nelli’s death.

Just this week radio personality Sizwe Dhlomo asked people to keep AKA and the Tembe family in their prayers.

Taking to Twitter on Thursday, Kaybee shared a note of encouragement for his friend.

“Thinking about you, Masekind, My Maat. Stand firm,” he wrote, next to a picture of the two together.

This week AKA broke his silence two weeks after the incident. In a statement sent to IOL Entertainment by the rapper’s public relations’ manager, Pumza Nohashe, grief-stricken AKA wore his heart on the sleeve, as he spoke for the first time about the pain of losing Tembe.

“I have lost the love of my life … and every day feels like a mountain to climb. I miss Anele, so much, and I’m heartbroken at the unfulfilled life we had planned,” AKA said.

At the funeral service of his daughter, prominent businessman Moses Tembe denied rumours that his daughter was suicidal, but alluded to the possibility of substance abuse.

“I was not there when Anele met her fate last Sunday. I neither seek to attack any person nor cast aspersions or suspicions nor stigmatise any mental condition.

“However, I can’t allow an unfortunate narrative to go unchallenged.

“A narrative that irks me no end as a father, which maliciously pervades some circles, is that Anele, my daughter, was chronically suicidal or had suicidal tendencies,” read Tembe’s letter, which was read by a family friend, businessman Sandile Zungu.

He said: “We need to understand the forces that out us in a situation that we find ourselves. Of course, we must – as a matter of extreme priority – deal with the scourge that bedevils our youth; alcohol, which is is overused, and drugs.”

In his statement, AKA revealed the emotional and psychological strain Tembe’s death has had on him, also stating that “insinuations” have made it difficult for him to deal with his loss.