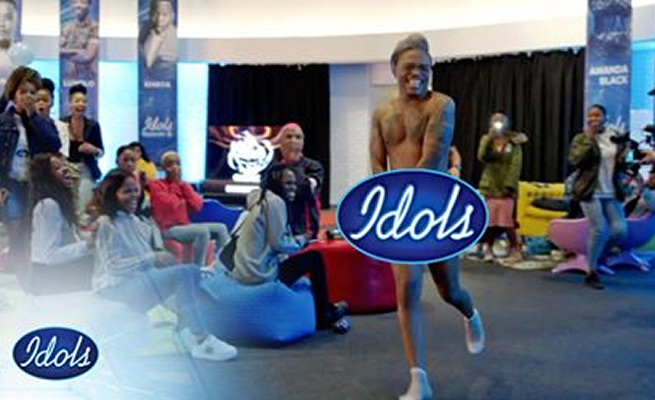 Yesterday was not Ntsiki Mazwai’s day. Usually, Mamiya would have the last laugh, however, Boity savagely put her in her place. If that was not enough, Ntsiki got accused of being a homophobe after she dissed Somizi and his infamous weaves.

It’s no secret that Ntsiki is not a huge fan of weaves as she has always initiated the natural hair versus weaves debate, siding with all things natural and African. Whenever a famous person rocks weaves, she would always criticise that person and come off as a hater. Her latest victim was entertainer Somizi Mhlongo who is an openly proud homosexual, who is very much in touch with his feminine side.

If you watch Idols SA, Somizi always steals the show and his hair is always on point. But, Ntsiki would like to differ. Yesterday, she got given the title homophobic, after dissing Somgaga’s weaves. “Don’t get me started with Somizi’s weaves. It’s embarrassing as fuck,” she wrote adding that pink weaves to not impress her. “I am impressed by intellect. Not pink weaves,” she dissed.

After her tweets, Somizi stans came at her guns blazing and called her homophobic. She did not take it lying down and told them that society has become afraid of calling out gay people because they are afraid of being called homophobic, “Disliking one gay person does not make you homophobic. Can we stop absolving the LGBTQI community from their f**ky personality traits. Stop hiding being an asshole behind homophobic card. No.”

Ntsiki is no fan of weaves and she has made that point very clear. Her last rant was last year where she slammed women who are proud of their afros but hide them under weaves. “They brag about the Afro they are HIDING under a weave. You’re wearing a set of hair sisi….you’re the only woman on the planet who has two hairstyles on one head at the same time,” she said.

“You’re a mother in fake hair and complaining that your child can’t have her real hair at school??? Are you serious??? Exhibit A is in the mirror. That’s the person who gave whites permission to disrespect our hair. You have shown them that the official standard is white hair.”