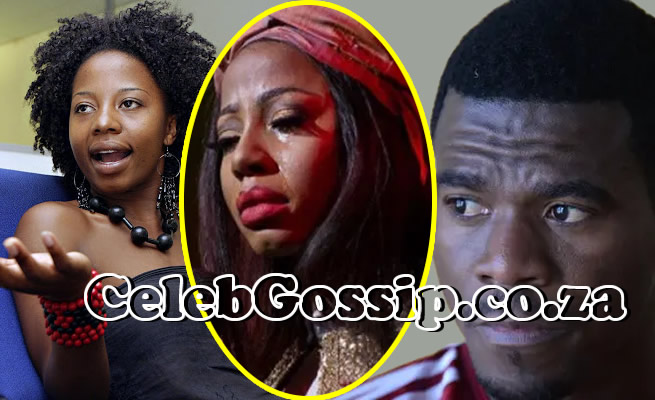 Singer Kelly Khumalo has once again sent off warning shots to her haters, telling a critic she’s not here to be liked.

It all started when Kelly posted a video of herself performing, with many praising the star’s talent.

One user claimed she did not “like” Kelly but was a fan of her live performances.

“I don’t like you much but I have been to one of your performances. I have to admit: spectacular”.

Kelly responded with a stern clapback and turned to God in the process.

“Fortunately for me I am not here to be liked but to fulfil God’s purpose for my life,” Kelly said.

Fans flooded Kelly’s comments with support, telling her to ignore the haters.

Kelly has never been shy to address the trolls who frequent her page, making it clear she would not be silent because she’s a celeb.

“I want to lay down some ground rules because I see people are getting out of hand. If you are going to talk st at me, my darling, I am going to say st back at you. I am not the kind to back down.

“This thing of saying she is a celebrity and won’t say anything back, se g*t. You are not my friend, OK,” she said in an Instagram video last month.

Kelly Khumalo pulled a shocker last year when she revealed that she has blocked 1,000 people on Twitter because of the continuous cyberbullying she’s been subjected to.

Kelly is one of the most cyber-bullied celebrities in Mzansi, so when she revealed the number of people she has blocked on the Twitter streets, she got a round of applause from her core supporters.

The songstress’ controversial love life has landed her in the spotlight and seen her hogging headlines multiple times.

For years Kelly Khumalo has been on the receiving end of unwarranted hate, which includes being body shamed and being called cursed for the deaths that have occurred around her.

Every time Kelly is spotted with a new guy – professionally or romantically – trolls attack her and warn the guy to steer clear because she’s “cursed”.

Her sister Zandie Khumalo’s “divorce” from her also saw her receive a lot of backlash.

This was due to the accusations and allegations her sister threw her way in a lengthy, scathing letter.

However, Kelly is doing all she can to protect her sanity and that means on days when she doesn’t feel like clapping back, she just blocks anyone who disturbs her inner peace.

Her life has been embroiled in controversy due to her alleged involvement in Orlando Pirates goalkeeper Senzo Meyiwa’s murder who died in October 2014.

In 2020, the case was brought back into the spotlight after Police Minister Bheki Cele said police had arrested five suspects in the murder case

In November, Magdalene Moonsamy – her attorney – denied that Khumalo knew any of the five suspects who appeared at the Boksburg Magistrate’s Court in connection with Meyiwa’s murder.

This after leaked documents doing the rounds on social media suggested police were investigating Khumalo’s involvement in Meyiwa’s death. Khumalo has denied any involvement.

During proceedings documents detailing the investigation were leaked, indicating the police wanted cellphone records of the singer to confirm whether she communicated with one of the accused on the day of the shooting.

Five men accused of being involved in the murder of Meyiwa appeared in the Boksburg Magistrate’s Court on Tuesday morning. This follows their dramatic arrests on the sixth anniversary of Meyiwa’s death.

The charge sheet appeared to suggest Meyiwa’s assailants had tried to kill him before, possibly on the same day before arriving at his girlfriend, singer Kelly Khumalo’s house. Of the six counts, including murder, one of the counts was attempted murder in which the accused “unlawfully and intentionally attempted to kill” Meyiwa.

Count three involves an attack on Khumalo in which the accused face a charge of robbery with aggravating circumstances.

In the leaked documents which appeared to be signed by lead investigator Colonel Bongani Gininda, it is stated that a tracking device may have been used to follow Meyiwa to Khumalo’s house. An incident suggesting Kelly may have paid for the alleged hit was also being investigated.