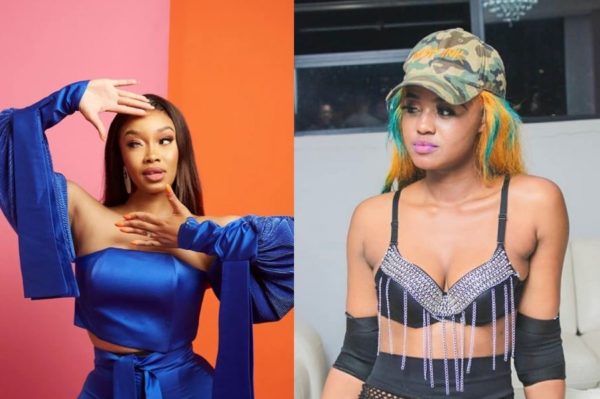 Actress Dineo Langa promises to support Babes Wodumo due to her hot vocals.

Langa stumbled on a video of the Gqom queen singing and it blew her mind.

The actress rushed to Twitter to reveal her latest discovery.

“Personally, I’m ready to support Babes Wodumo the singer!!! Yerrre, that voice !?!?! I was today years old when I discovered that she could sing. Bathong le ntse mo siphiring se kana lona?”

Her vocals are insane…😍🥰.

Dineo Langa says she was shocked as she didn’t know Babes has a such a gifted voice; she goes on to warn record companies to stop toying with the late Mampintsha’s wife.

“I was shook shook when I saw a vid earlier. Record companies must stop playing with her!!!”

Yeyi!!! What a beautiful voice! The next album has to be vocals only!!!