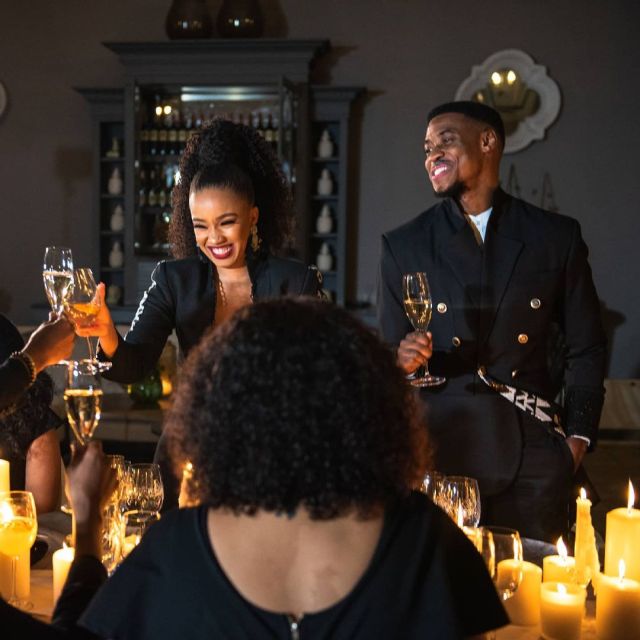 The couple took to Instagram to show how they celebrated their anniversary. Dineo shared a video of them at their wedding venue.

Solo booked the whole restaurant and they had dinner there.

“So this man decided to bring me to the place where we got married two years ago,” said Dineo in a video.

“Booked out the restaurant where the venue is, there’s no one here.”

Solo also posted on Instagram and wrote: “Having dinner at the very same place we said our vows two years ago. Happy anniversary my love, @dineomoeketsi.”

The Estate actress married Solo in 2019 after dating for seven years. They married in a ceremony with fellow celebs Mantsoe-Pout, Thando Thabethe, Kwesta, Kid X, Connie Ferguson, Rami Chuene, Nomuzi Mabena, Reason, Luthando “LootLove” Shosha and many more in Cape Town.
They also had a three-part docu-series about their wedding celebrations called Kwakuhle Kwethu and it aired on DStv’s 1Magic channel.

For their first anniversary last year, they also launched a YouTube channel for people who had been asking them to.

The couple, known for being stylish, also recently ventured into fashion and started a clothing brand, Port of LNG, last year.