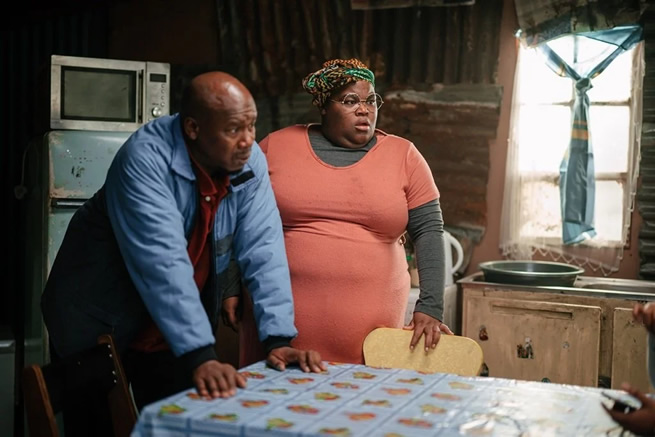 If her character isn’t constantly asking her neighbours for tea or sugar or a meal, then she’s involving herself in other people’s business, much to the annoyance of others. But actress, Lebohang Mpyana, says that her character, Khelina on Mzansi Magic’s DiepCity, is actually very caring.

“Outside of being nosey and loving other people’s business, Khelina is actually very caring. She’s a woman that hustles because she’s never really worked before. She survives on gambling and playing Fafi with other people in the squatter camp,” Mpyana tells TRUELOVE about her character.

“She left her children back home in Limpopo and came to Jozi to hustle. At least now she works in the same company where Mam’ Shenge (played by Dawn Thandeka King) works and now she can make a bit of money. The Shenge family carries her and she also acts as the pillar for the family,” she continues.

The role came about after she had auditioned for the show’s producer, Mandla N, during an Instagram live video back in 2019 – and almost two years later, she received a call back from him. 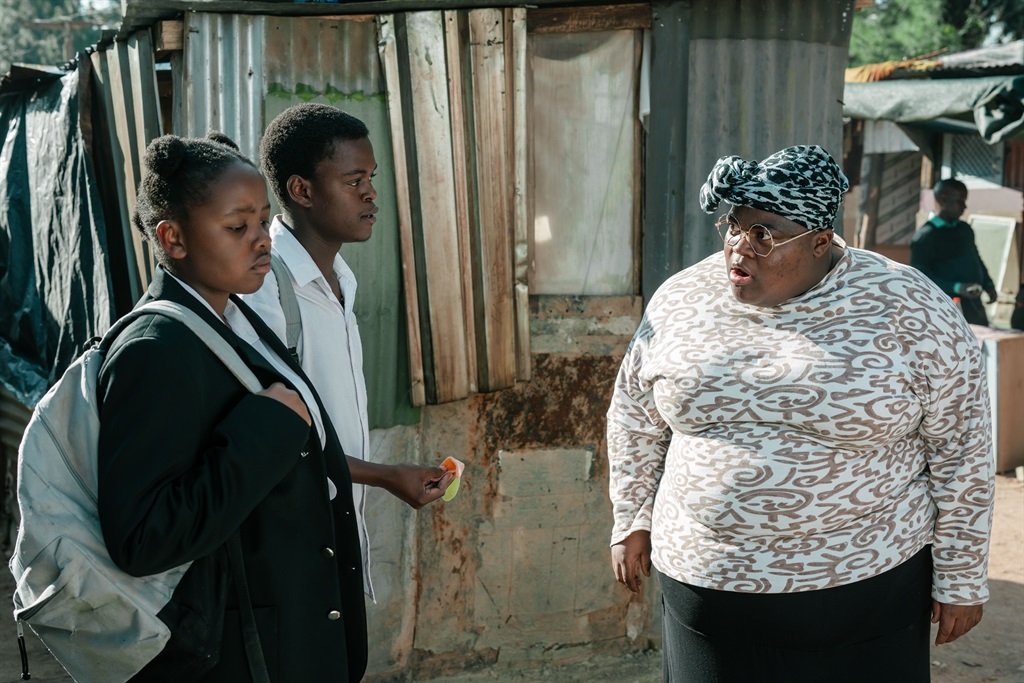 “Bra Mandla actually enjoyed my audition and told me that he liked me but I waited for him to call me so we can start working together but he didn’t,” she says.

“2019 came to an end and even 2020 came to an end and I had lost hope but because he is a man of his word, in January this year I received a call where I was informed that I have a role on a new show that would be starting on Mzansi Magic in April. That’s how my journey on DiepCity started.”

The Limpopo-born actress says that she’s always wanted to become an actress.

“I’ve always loved drama even from primary school. I was always part of the school plays during primary school and high school then I went to art school to further my studies in drama until I found my first job with the Mahuma group,” she says.

“That’s when I saw that I could make a career out of my love for acting. In the village that I come from, people often think we are playing games by doing drama because they consider professions such as being a police officer as real careers. But after I started acting on a Thobela FM show as Sylvia, they started to understand,” she continues.

“Now I play the character of Khelina and they all love her. I also love how loud and nosey she is. She is a gossip monger and playing that is very fun.”

Her and Khelina aren’t very alike, Mpyana tells us, however, the spirit of hustling is one trait they have in common.

“I’m a person that isn’t only focused on just acting, I’m also focused on creating a name for myself in the music industry as well as in comedy. My stage name is Queen Sekwatakwata and the work I do as her is what actually put my name out there,” she explains.

After no longer being booked for gigs due to the hard lockdown, Mpyana decided to take her comedy career more seriously by sharing a lot of content.

People would tell me that I’m funny, so, because I was at home and not doing much, I decided to start posting funny videos to distract myself from being depressed about having no work. The first video was posted on 27 April and it trended within 30 minutes,” she reveals.

And that’s when she knew that she had to shoot and produce more content which she’d share on her social media platforms.

Lebohang says that she hopes to entertain people on an international level one day.

“As much as I love acting, I really also want to share my musical talent with international audiences some day. I can’t wait for them to hear my sound,” she says.

And on what the rest of 2021 holds for her, Lebohang says that she believes that many productions are waiting for her.