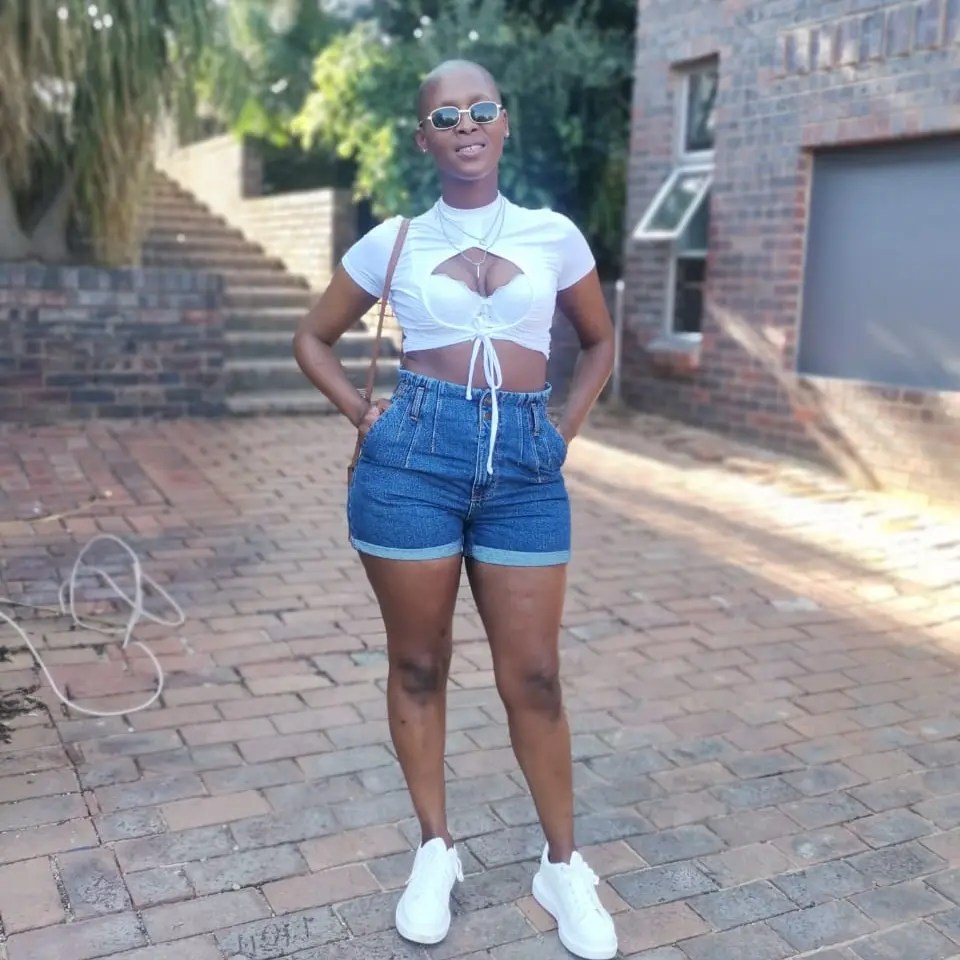 She has been shot at four times, but survived.

And that was in real life, not as Eve on Mzansi Magic’s DiepCity.

IT’S BEEN A LONG ROAD OUT OF HELL FOR NCEBAKAZI PILINGANE, WHO ALMOST GAVE UP ON HER DREAMS!

Sharing her journey with a local publication Ncebakazi, who is from Cape Town, said she’s from a disadvantaged background.

“Opportunities did not come easy to me. I went to Joburg where I learnt about acting at the Market Theatre. But I couldn’t finish because I had depression. I was young, broke and struggling with no support system.”

She later enrolled at AFDA, but her sponsor dropped her after two years.

“They felt my tuition was too high and said they couldn’t help me anymore,” she recalled. As if that was not enough pain, Ncebakazi was raped by a friend’s boyfriend.

We were at a party and the agreement was I’d sleep alone in my boyfriend’s room. But my friend’s boyfriend raped me in the early hours of the morning. I did not open a case because I didn’t want the back and forth court process. I also knew it was going to drag and add more stress to me. So after the rape ordeal, I woke up and went to my place. When I came back, I beat him up so badly. It was messy, but I taught him a hard lesson.”

All these incidents weighed heavily on Ncebakazi, so she decided to go back home and heal. But this did not make things easier for her.

“My family couldn’t understand that I was depressed. That’s when I decided to destroy myself. I knew I was talented and wanted to be an actress, but the industry wasn’t opening up for me.

“As a result, I became an alcoholic. I’d walk in the middle of the night all alone so I could get shot and killed, but I survived. At some point, I was shot at four times, but none of the bullets hit me. I just wanted to die but had no courage to commit suicide. I thought it’d be better if someone else did it for me.”

However, things looked up for Ncebakazi seven years later when she landed the role of Eve on Diep City.

Talking about her role, she said Eve is a psychopath with a twisted mind.

“She came in as a sweet rural girl from the Eastern Cape, but the reality is that she is nothing but a witch. Asanda and her husband, Charleston, made the mistake of opening up to her and she has now ruined their marriage.

“Eve is very smart and powerful. She is not scared of anything.”

She said there are a lot of similarities between her and Eve, but she is not a psychopath.

“I’ve had my share of bad luck, but I’ve made a comeback. Eve doesn’t rush things. She takes her time and strikes when everyone least expects it.

“Unfortunately, I cannot disclose what is going to happen next except that Eve is going to shake things up at Diep City,” she said.