Did you know Muvhango actors Dingaan Mokebe and Tsholofelo Matshaba have a daughter together in real life?

Did you know Muvhango actors Dingaan Mokebe and Tsholofelo Matshaba have a daughter together in real life? 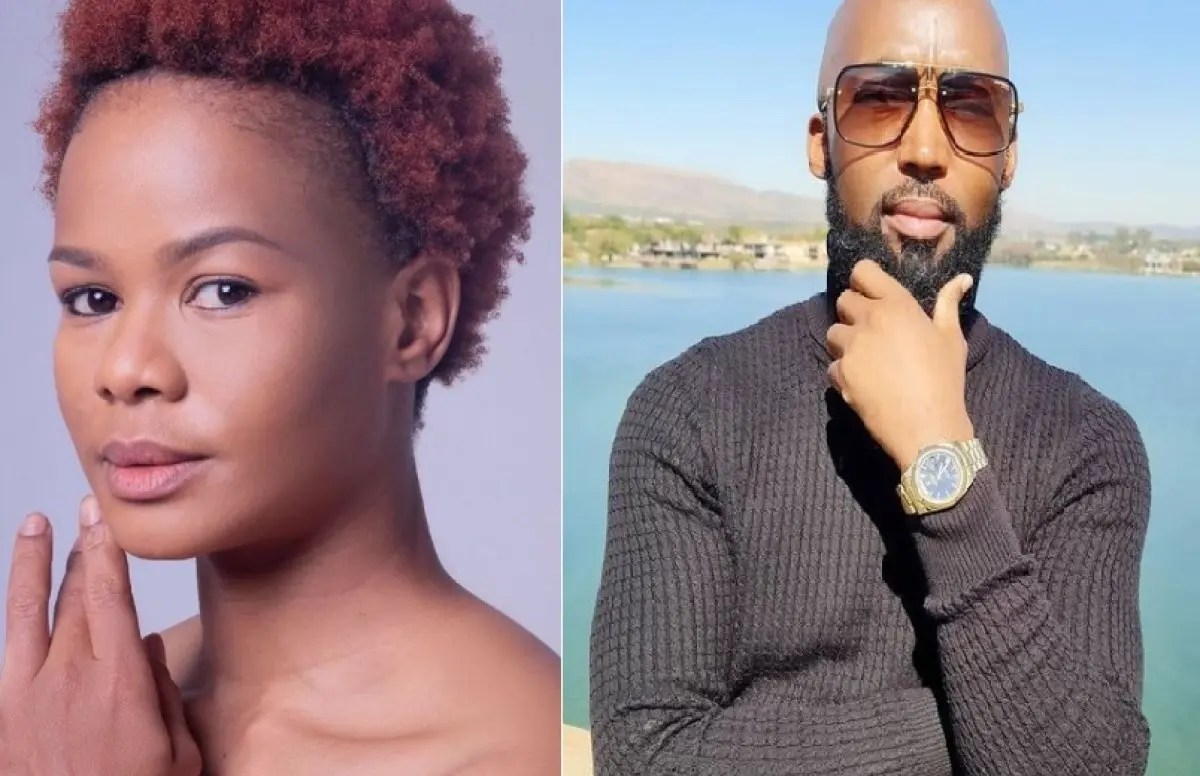 James’ Dingaan Mokebe’ and Meme’ Tsholofelo Matshaba’ from Muvhango have a daughter together. Back then, Muvhango had the plug, and it was not just a drama series but a typical Mzansi lifestyle being beamed on small screens.

The onscreen power couple of James played by Dingaan Mokebe and Meme played by Tsholofelo Matshaba on SABC 2 Venda drama series wowed Mzansi. Muvhango early days was the bomb when we had characters like the devious Meme, who gave Thandaza a torrid time.

The two were best-known for their intriguing personality. We can all agree that Meme is one of the unforgettable characters on the show, with her shaved head and cornrows in other scenes. Well, to many, it might be surprising, but it’s hard to believe that their onscreen relationship also transcended off the screen.

James and Meme did take their storyline behind the cameras and dated. Just like on the small screens, the two looked loved up. However, there was trouble in paradise, and things went south. Barely a few years into their affair, they called it quits, but they had a baby daughter from it.

Their public fallout made all sorts of headlines, and Mzansi was shocked by the turn of events. In the wake of their nasty fallout, Dingaan accused Tsholofelo of denying him access to their daughter and called her an evil mom and child kidnapper.
In one of his interviews, James blasted Meme and aired their dirty laundry in public. Taking it to Kaya FM, James had this to say:

“I am very angry with what has happened to me. This pains me because I also grew up without knowing who my father was until I was 25. When I meet Tsholo, things will not look pretty.”

On the other hand, Tsholofelo Matshaba refuted the claims and clapped back with daring allegations.

“What Dingaan told Kaya FM listeners were blatant lies. I’ve never deprived him of seeing his daughter, and Dingaan had never made an effort to see his child, even when we were together. In that interview, he forgot to mention that he used to physically and emotionally abuse me, she told the magazine.”

However, many questions have been asked where Meme is? After her split, Tsholofelo tied the knot with Chris Matshaba on 27 December 2014. Tsholofelo and Chris got married in Ramokokastad. Chris Matshaba was a businessman, radio presenter and DJ at Motsweding FM. Their fairy tale was short-lived because Chris died in 2018, and that is after battling cancer.

The death of her husband left her devasted because she lost the love of her life. Tsholofelo and Chris were married for three years.