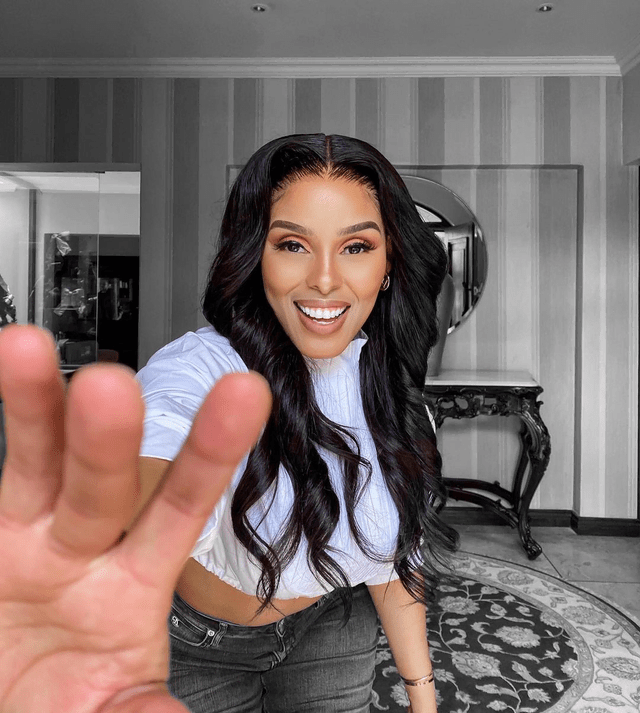 Kefilwe Mabote is one of the most lauded Instagram baddies and influencers in the country. She, along with friend Sarah Langa, fronts the group of the most elite and sought-after influencers outside of the “youth” category which is fronted by the likes of Mihlali Ndamase.

While allegations might suggest that her influence is earned from her high profile speculated relationships with the likes of high profile businessman and controversial personality, Edwin Sodi. Mabote does boast a number of businesses that she runs outside of being an influencer and an author, which she credits for her success.

Moreover, for many that follow her, it is her continuous ability to remain stylish that continues to earn her more followers. Whether it is for a casual brunch with friends, a red carpet moment, or attending festivities. Mabote always ensures she comes looking like a dream or just an Instagram-perfect image. But following her latest fashion moment reveal, tweeps are wondering:
Did Keiflwe “Kefi” do too much?
This past weekend, Kefilwe Mabote was part of the attendees of friend and fellow influencer, Nana Gcaba Moisa’s uMemulo and wedding celebrations in KwaZulu Natal.

As such, Kefilwe needed a dress for the weekend wedding spectacular.
Seeing as she got a custom-made by Gert-Johan Coetzee, Mabote took to her stories to share her zebra-print gown with a plunging neckline and train detail on her stories and Instagram.

Safe to say, while Instagrammers were complimentary over the fact. It only took for the dress in question to be shared on Twitter for polairising opinions to start rearing their heads. A fact, which earned Kefilwe the nickname of Kefi, as tweeps debated the merits of whether her dress was appropriate to wear. More so, when compared to the dress that Nana wore for her special day.

No Kefi was wrong for this one. She ain’t the bride – a whole trail? pic.twitter.com/MwXhACPjmP

Bride Vs Guest. I would’ve asked her to split the wedding bill at the end of the night since you also want to be iStarring 💀 pic.twitter.com/xLGzwzg3b6

On the one hand, there were those that believed that Kefi intended on upstaging the bride at how own wedding. More so given that the dress she wore had a train, which naysayers suggest should only be worn by the bride.

Am I the only person who wasn’t impressed with Kefi’s outfit? To me she was Ohk and didn’t even upstage the bride…y’all making me question my taste.

However, supporters of Kefi and her gown, have asserted that Kefi is an influencer best known for turning looks. Therefore, to invite her to your special day and have yourself as the bride wear a dress which is best dressed as mmmhhh, you only have yourself to blame if you are upstaged.

While it seems that some opinions were pressed and suggested that the bride in question was slighted by the fact that Kefilwe might have upstaged her at her own wedding festivities. Nana seems to have been alerted to the noise surrounding the events of the past weekend.
As such, she used one of her Instagram stories, to suggestively address the matter. It seems that Nana spent more time counting the money she received during the festivities than she did on the drama of “who wore it best.” 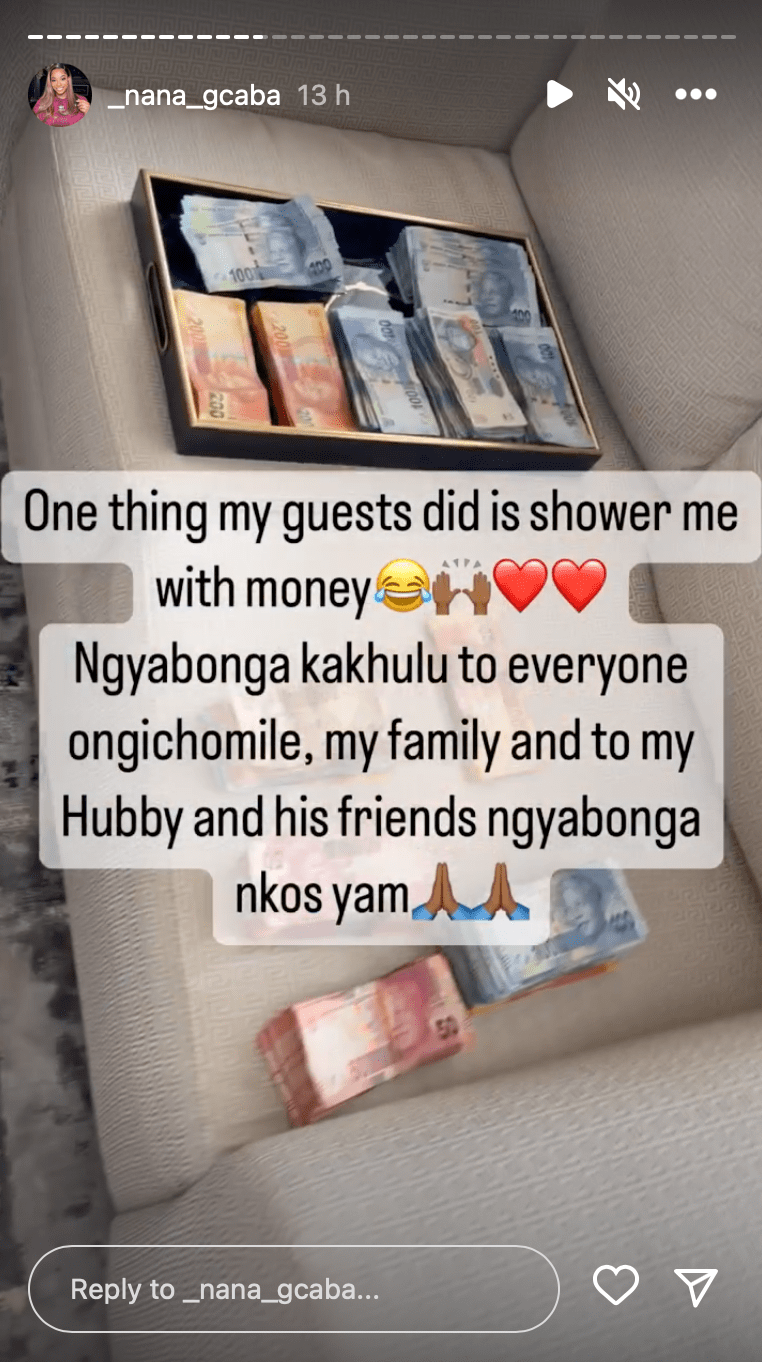 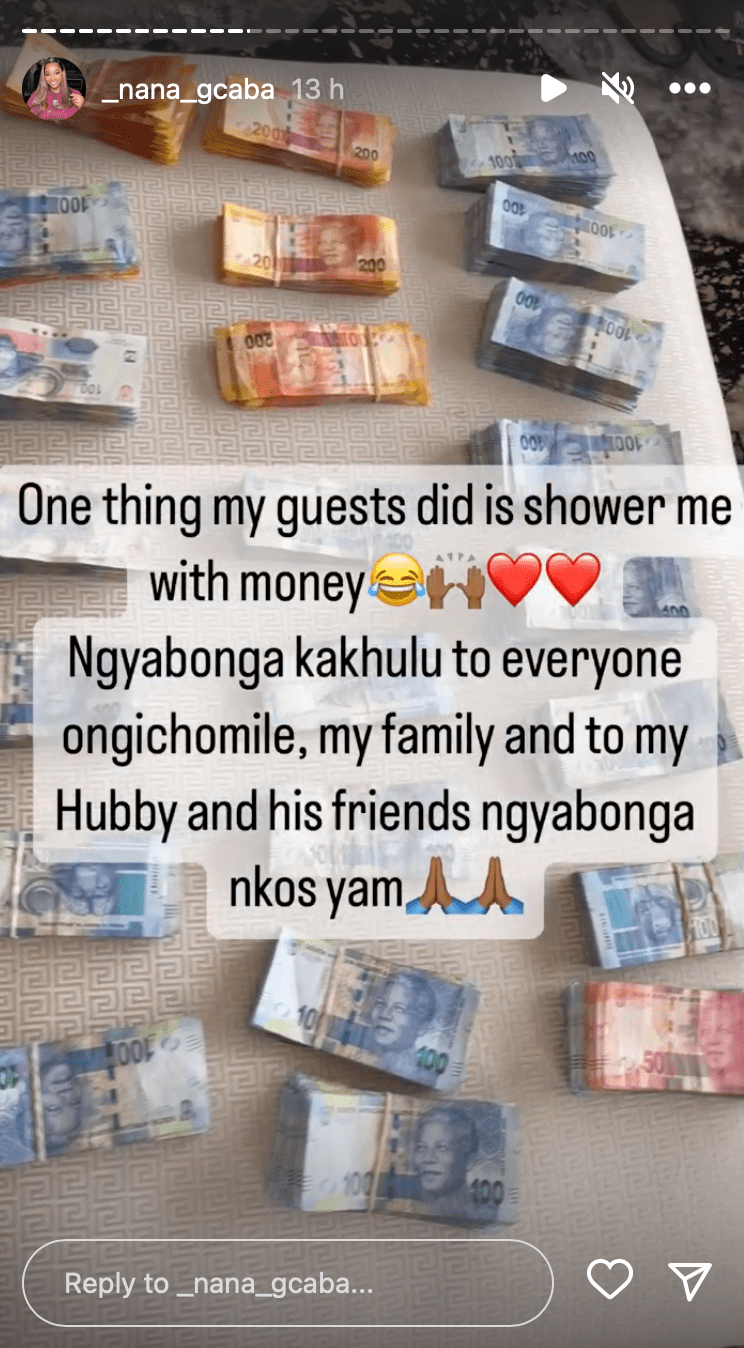 This is as she asserted that she was happy that every single one of her guests had turned looks for her celebration and was grateful to all attendees, which presumably also includes Mabote. 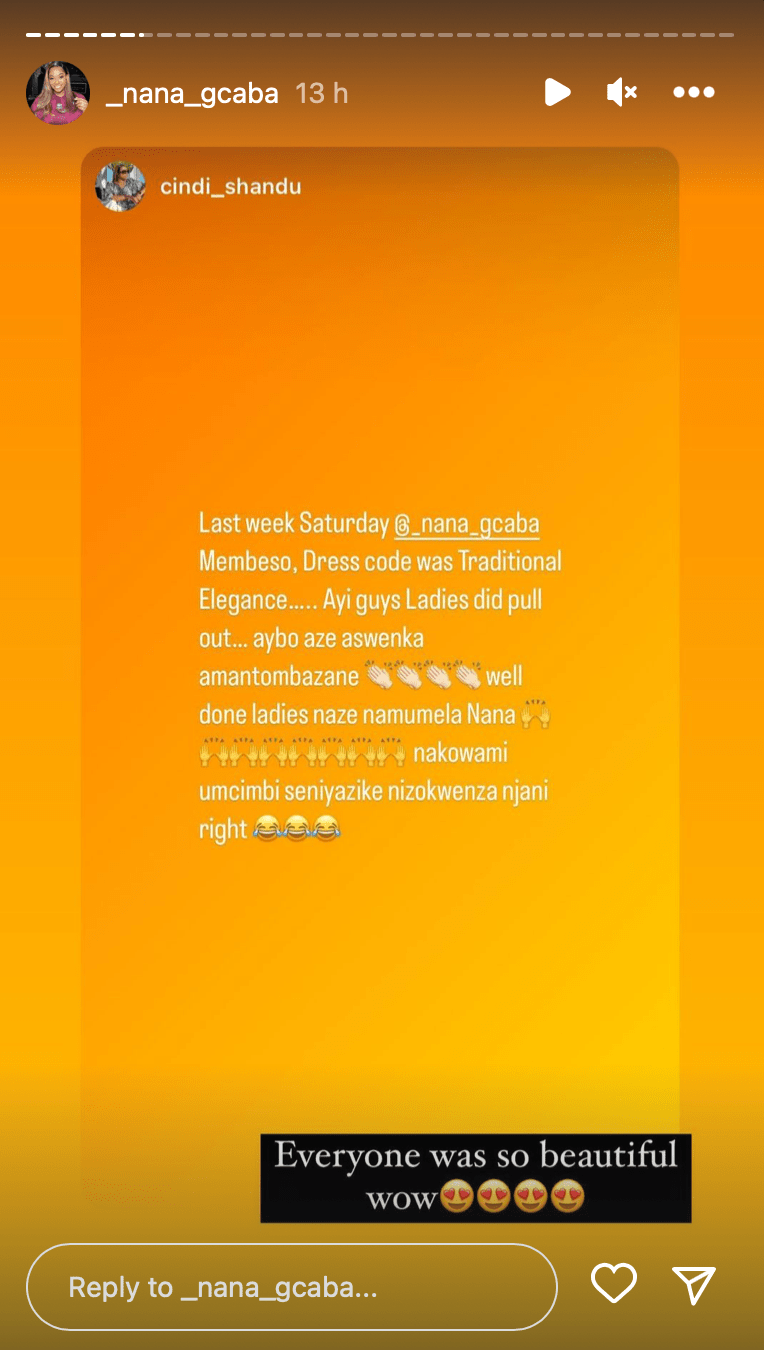