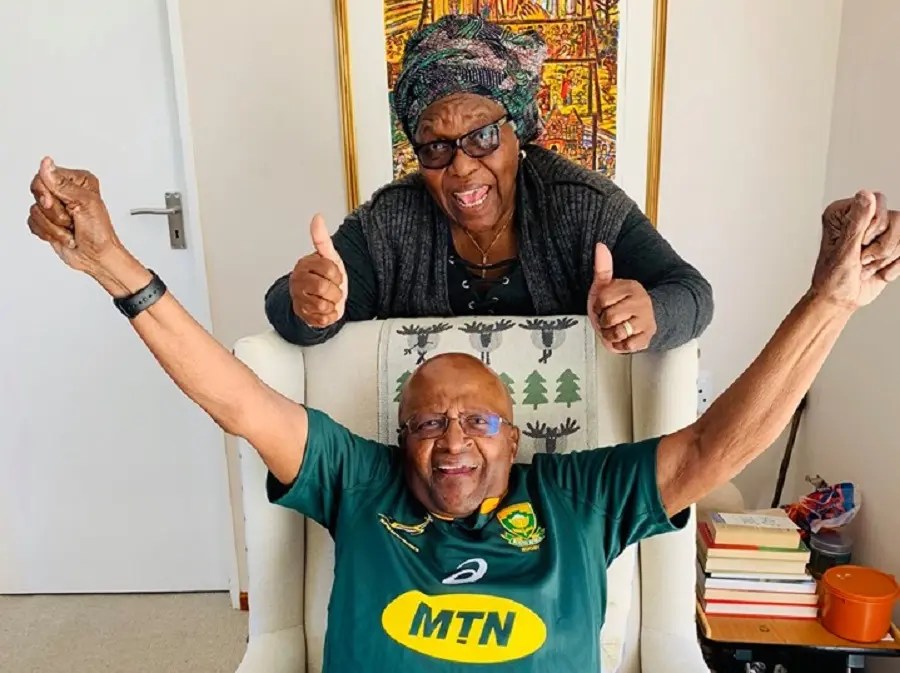 The beloved Archbishop Emeritus Desmond Tutu, who recently celebrated his 90th birthday is “still with us” and rumours about his death have been labelled as fake news. The fake news spread like wildfire earlier on Wednesday after a Twitter account under the name of Bishop Stephen Moreo, tweeted he had died. The account, which has since been deactivated and removed from Twitter, had over 15 000 followers.

“The Diocese of Johannesburg decries the falsehood being spread on social media and asks people to respond with extreme caution to fake media reports such as this,” it stated. South Africans began to mourn the revered reverend online before the Desmond Tutu Foundation commented on the viral tweet confirming it was fake news.

“The Desmond and Leah Tutu Legacy Foundation can confirm this is not true, it is fake news. @TheDesmondTutu as well as Mrs Leah Tutu are still with us. Thank you,” the tweet read. It released a statement on its own Twitter account shortly afterwards, stating it condemned the mischievous news.

“The Desmond & Leah Tutu Legacy Foundation outrightly condemns the false, irresponsible, mischievous news that has been circulated today about our Founder Archbishop Emeritus Desmond Tutu. Archbishop Tutu is firmly with us,” read the statement.

This is not the first time fake news of his death did the rounds. In 2018, fake media reports claimed he died while on a visit to the US.

Tutu, recently urged people to get vaccinated against Covid-19 after he and his wife, Leah, received their jabs on the first day of the vaccine roll-out for over-60s. During the Struggle years, Tutu used his position as a priest to call for a non-violent end to apartheid.